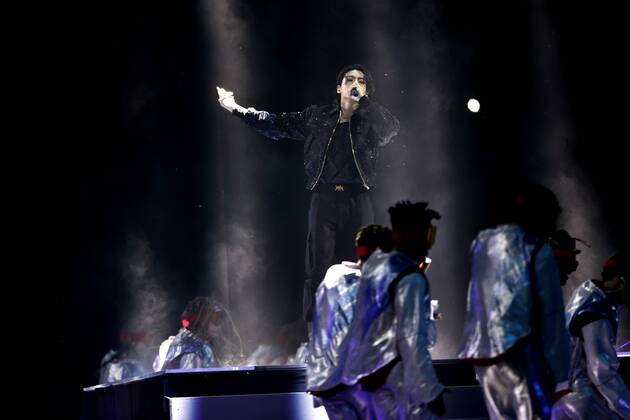 The hashtags of ‘Jungkook’ has gon viral on social media, while fans excitedly share his photos from the ceremony.

Jungkook and Fahad Al-Kubaisi during their performance.

The artiste, earlier today took over social media as he dropped the song “Dreamers” as his official soundtrack for the FIFA World Cup 2022. The song was announced and released via the official twitter account of BTS.