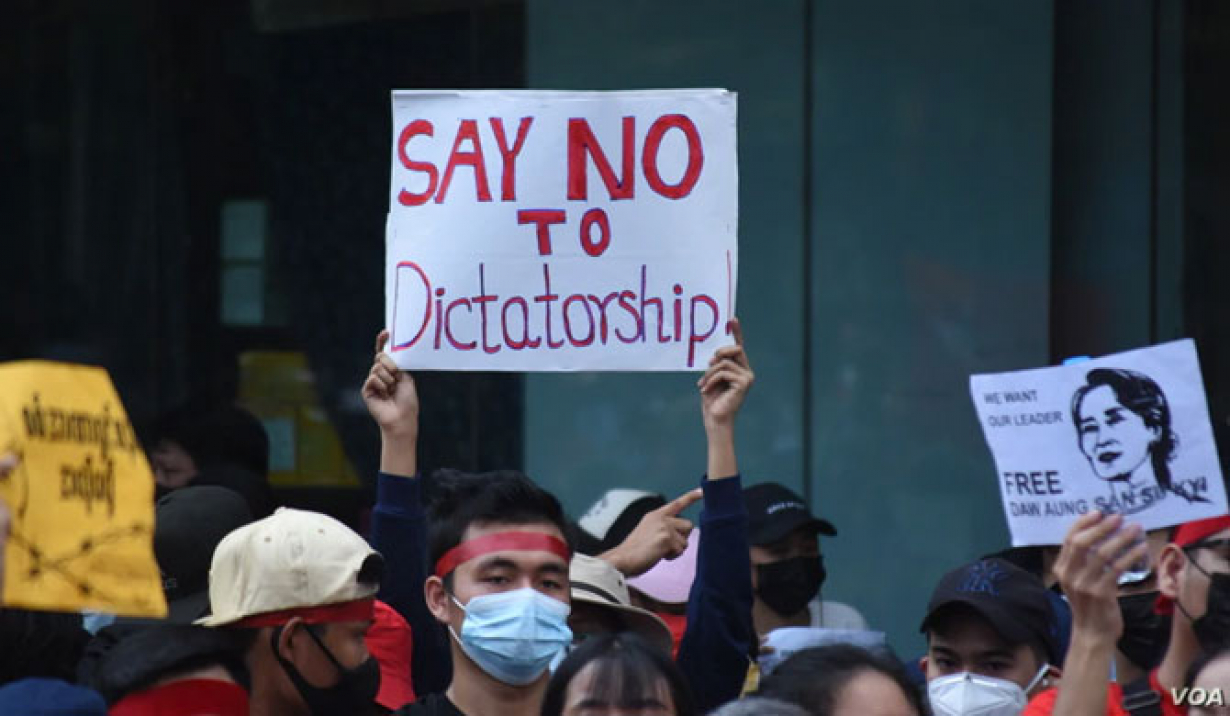 UN experts have expressed their utmost concern over the situation of human rights defenders in Myanmar, and called for a stronger international response to the military coup, including coordinated sanctions and an arms embargo against the junta by an “emergency coalition of nations”.
“The brute force terror campaign we are witnessing in Myanmar continues to be directed towards human rights defenders,” said Mary Lawlor, the Special Rapporteur on the situation of human rights defenders, and Tom Andrews, the Special Rapporteur on the situation of human rights in Myanmar, reports UNB.
The experts highlighted credible information they had received concerning human rights defenders being forced into hiding after having arrest warrants issued against them under section 505(a) of the Myanmar Penal Code.
Their homes were raided, their possessions seized, and family members threatened and harassed. Many others, unable to flee, have been arbitrarily arrested, including labour rights defenders and student activists.
Lawyers representing people detained following the coup have themselves been detained, as have journalists covering the protests.
“For years, human rights defenders have been doing essential work promoting human rights in the country,” Lawlor said.
“Since the coup, and despite enforced internet blackouts along with difficulties accessing basic resources, especially for defenders forced into hiding or living in rural areas, they have been documenting the mass violations being perpetrated by the military. As a result, they have been targeted,” the expert said.
“The people of Myanmar appreciate expressions of concern from the international community, but what they desperately need is action. It is critical that nations stand with and for the besieged people of Myanmar who are being held hostage by an illegal military junta. It is time for strong, focused and coordinate action that includes economic sanctions and an arms embargo,” added Andrews.
19
Share