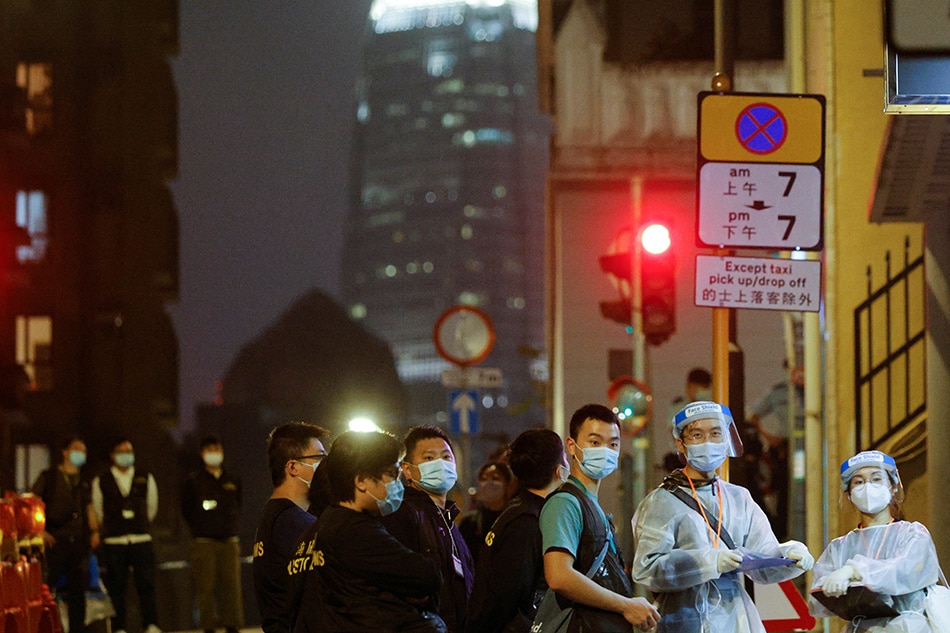 Families in Asia’s financial hub of Hong Kong are suffering isolation and trauma after strict coronavirus rules have led to babies being separated from parents and those with newborns herded into tiny quarantine quarters for up to 14 days.

Hong Kong authorities have ordered that anyone testing positive for the virus must go to hospital, including babies, while all their close contacts, even those who test negative, are sent to makeshift quarantine camps, reports Reuters.

“It’s crazy,” said one mother, who said she had to abruptly stop breastfeeding following separation from her seven-month-old son last week after she was diagnosed with COVID-19.

“I got fever last night because I have gone from breastfeeding to 100% pumping,” said the woman, who asked not to be identified.

The separation of families over the virus is not common in other developed cities, say legal experts.

Hong Kong’s government told Reuters late on Monday that for COVID-19 cases involving children, the public hospital will, “under special circumstances, decide whether or not their parents can stay with the children in hospital”.

Family members living with the case will be treated as close contacts and admitted to a quarantine centre. Subject to case-by-case asssesment, caretakers might be arranged by the family to accompany those with special needs, such as infants, it said.

Shahana Hoque-Ali, a scientist who moderates the Hong Kong Quarantine support group on Facebook, said it had assisted in more than 100 cases of children who had faced separation from their parents over the past year, with dozens in the past week.

A separate city-wide petition circulating online on Monday asked the government to allow young children the option of home quarantine. Around 4,700 of a targeted 5,000 residents signed up in a few hours according to the website.

Many expatriate families with young children were among the hundreds of residents sent to quarantine last week after an outbreak at a popular upmarket gym in Hong Kong’s Sai Ying Pun district.