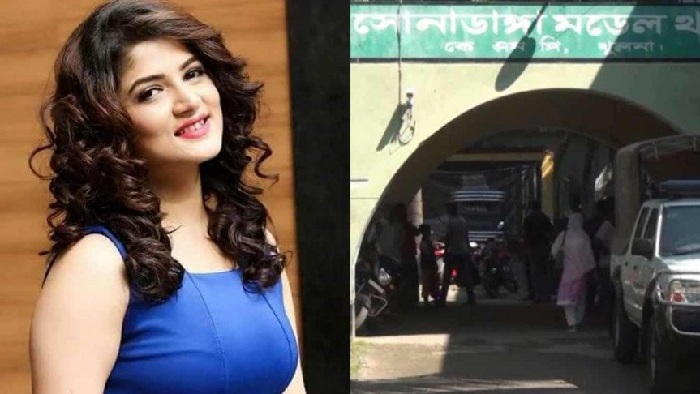 A youth has been arrested in Khulna for his alleged involvement in harassing Kolkata’s popular actress Srabanti Chatterjee sending obscene text messages over mobile phone.

The 33-year-old arrested Mahbubur Rahman was placed on one-day remand for questioning by a court in Khulna on Thursday.

Arrested Mahbubur Rahman is a resident of Bakshipara at Paschim Bania Khamar area in Khulna city.

It was learnt that they lived in India before the independence of Bangladesh.

Quoting the complaints of the case, Khulna Metropolitan Police (KMP)’s Sonadanga Police Station’s officer-in-charge (OC) Mamtazul Huque said Khulna’s youth Mahbubur Rahman collected actress Srabanti’s cellphone number. Since then he used to call the actress over phone. But, actress Srabanti did not receive the calls as those went from unknown numbers.

Besides, he had been harassing her sending obscene and objectionable text messages and photos.

Finding no other alternative, Actress Srabanti complained to Bangladesh High Commission in India. The High Commission later sent the complaint to the Ministry of Home Affairs and requested to take legal action against the offender.

Receiving an order from the Police Headquarters in Dhaka, Sonadanga Police Station’s sub-inspector Khalid Uddin filed a case against Mahbubur Rahman under the Digital Security Act on November 16. Later, police arrested him from Bakshipara at Paschim Bania Khamar area in Khulna city.

On Thursday afternoon, Sonadanga police produced him before a Khulna court and pleaded to place him on a five-day remand. After hearing the plea, the court placed the accused on one day’s remand.