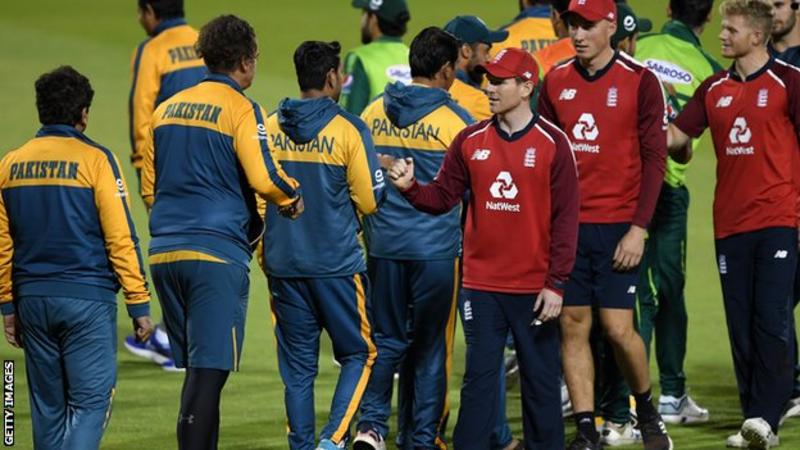 England will not tour Pakistan in January

England’s proposed tour of Pakistan in early 2021 will not take place.
The England and Wales Cricket Board announced in October that talks over a short, limited-overs tour, England’s first to Pakistan since 2005, were taking place.

However, concerns over the strength of the team England could field have ended the prospect.

England are due to play Sri Lanka and India in early 2021, so a Pakistan tour would have required a second squad.

The possibility of a series in the autumn, in preparation for the Twenty20 World Cup, is now being explored.

England have not played in Pakistan since gunmen attacked the Sri Lanka team in Lahore in 2009.

Pakistan then went 10 years without hosting international cricket, playing most of their matches in the United Arab Emirates, but touring teams have slowly returned. Zimbabwe visited last month and a number of English players have taken part in the Pakistan Super League.

At the time, Pakistan Cricket Board chairman Ehsan Mani said England’s next trip to play Pakistan will not take place in a neutral country.

“I don’t think there will be any reason for England not to come,” he told Test Match Special. “I’m very clear that we won’t play in third countries. We either play in Pakistan or we won’t play.”

Nayanthara birthday: photos of the actress with her beau Vignesh Shivan that will make you go ‘aww’