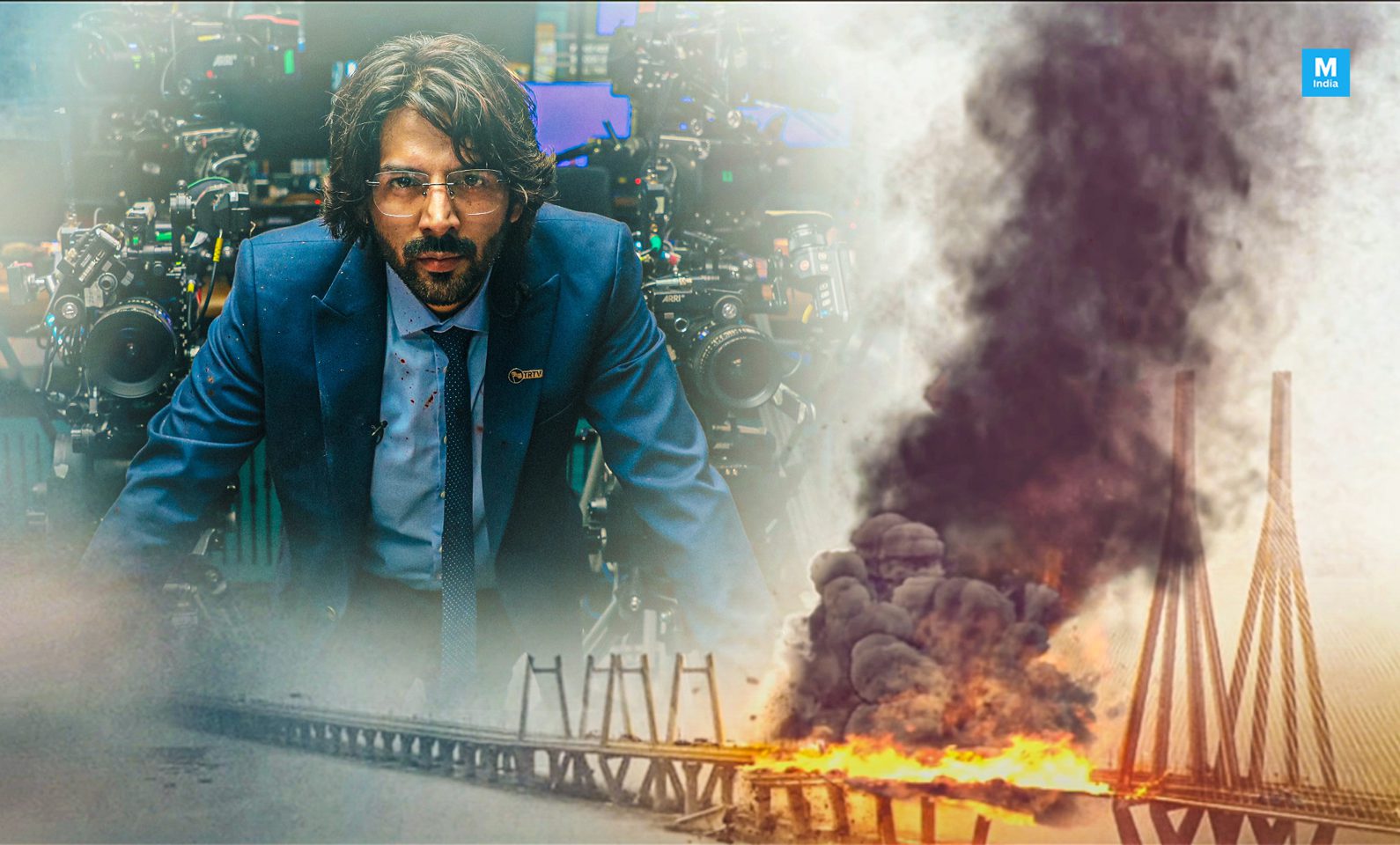 The wait is finally over as the teaser of Kartik Aaryan-starrer Dhamaka has been released. The actor will be seen as a news anchor in the film.

The much-awaited teaser of Bollywood actor Kartik Aaryan’s upcoming film ‘Dhamaka’ is finally out and it features the actor in a never-seen-before avatar, which will definitely pique the curiosity of viewers.

The nearly one-minute-long teaser was shared by the actor on his Instagram account. He also revealed that the movie is set to stream on Netflix exclusively, without giving away the release date.

In the intriguing teaser, the actor can be seen giving an insight into the intense, gritty, and solid character of a news anchor. Breaking away from the usually light-hearted roles Kartik ventures into the intense world of thriller cinema with ‘Dhamaka’.