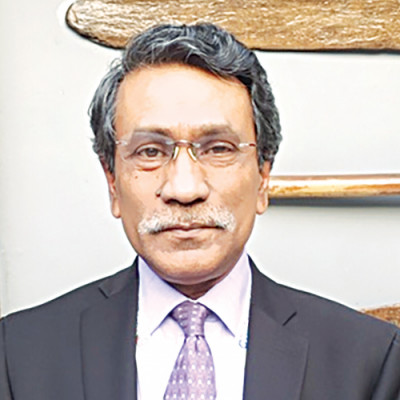 ‘Dhaka should focus more on Indo-Pacific’

The Indo-Pacific region has become a focus for the world powers. Dealing with them has become challenging for many countries. How should Bangladesh handle such a situation? Ali Riaz, a distinguished professor at the Department of Politics and Government at Illinois State University, yesterday shared his views with The Daily Star’s Porimol Palma.

TDS: Why is the Indo-Pacific so important for the world powers?

Ali Riaz: Bangladesh, and South Asia as a whole, always looked at West Asia and Central Asia, which were the gateways to the world. It is no longer the case now. The whole economy has shifted towards the Indo-Pacific. Also, the geopolitical importance of the region has increased manyfold because of the rise of China.

TDS: The US and its allies are speaking of a free, open and rules-based system in the Indo-Pacific. What are the challenges of adopting such a system?

Ali Riaz: Controlling the sea lane is important for energy security and economic prosperity. You need to make sure that everybody has the ability to participate. So, a growing hegemony of an aggressive China is a concern for the US. It not only involves economic aspects but also political ones. So, a country which upholds the ideals of democracy sees that Chinese ideological expansion will be a part of the economy. It looks at it not only as a threat to its national security but also to the inclusive economic and political system of the world. A single country’s dominance in the sea lane jeopardises energy and economic security of the regional countries.

TDS: The US says it will increase its defence presence in the region. So, what security threats it feels?

Ali Riaz: Look at the Chinese posturing — towards South China Sea, towards Taiwan and even contested islands. This gives some sort of indication that China has better influence over the Indo-Pacific. That is the threat. It is not that China is pulling up weapons, but the possibilities are there. This does not mean that China should be excluded. What is needed is a rules-based order for all — be it for China, the US or Bangladesh. They all should play their roles responsibly and be equal partners to the resources of the sea. You should make sure that the energy coming through the sea lane is not facing any obstacle on the way. Because the sea lanes are common goods and belong to all countries and the entire human community.

TDS: How should Bangladesh handle such a situation?

Ali Riaz: First, Bangladesh should acknowledge that it needs to recalibrate its focus given the growing importance of the region, for its economic and strategic interests. So far, Bangladesh never gave importance to the Bay of Bengal. It didn’t have a deep sea port giving access to other countries. It is not only about maritime security and having control over it. Bangladesh resolved the maritime disputes with Myanmar and India, and it is now time for us to use the resources. Bangladesh’s access to the Indo-Pacific is critical to develop its connectivity and getting integrated with the Asean and East Asia. This does not mean that these countries will have to give away all kinds of things.

TDS: Bangladesh has joined China-led Belt and Road Initiative. Meanwhile, the US has announced Indo-Pacific Economic Framework (IPEF). Dhaka has said it is still studying IPEF. Do you think Dhaka is in a dilemma?