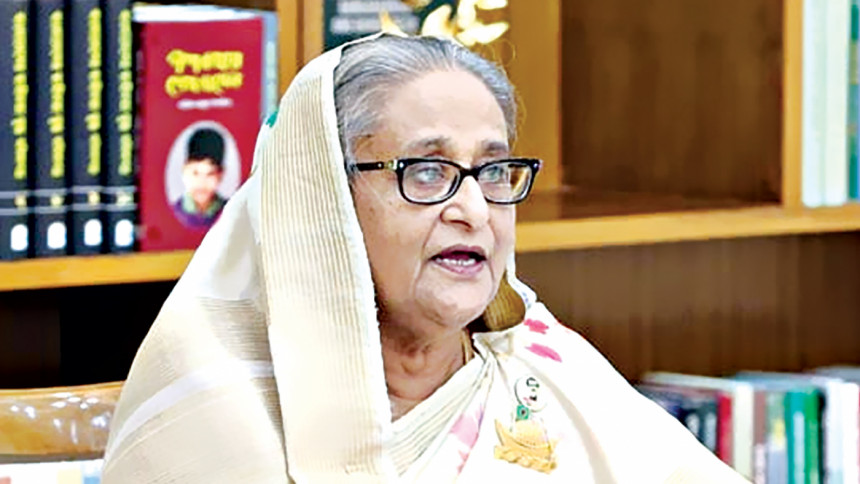 She is scheduled to join the programme virtually from the Gono Bhaban at 10:00am, according to a Facebook post of the Press Wing of the Prime Minister’s Office.

When the construction will be done, the road will facilitate people from 30 districts to enter and exit the capital quickly and easily.

The PM in early September gave the go-ahead to the draft loan agreement for the project.

China will provide 65 percent of the total project cost of Tk 16,901 crore, they said.

Once built, the 24km expressway will connect Hazrat Shahjalal International Airport with Abdullahpur, Ashulia, Baipail and Dhaka Export Processing Zone on the Nabinagar-Chandra highway. Vehicles using the road will have to pay toll, said project officials.

It is also expected to boost the country’s gross domestic product by 0.21 percent, show project documents.

The work of the expressway was set to start four years ago after the Executive Committee of the National Economic Council approved the project. The work was scheduled to be completed by June next year.

The physical work, however, could not begin as the Chinese authorities delayed approving the loan.

Now, the project authorities want to complete the work within four years.

“Since we have been in power for three consecutive terms, the country’s development [works] is getting visible,” she said.

The premier was addressing an event arranged in her office to receive a donation for Prime Minister’s Relief Fund to distribute blankets and other warm clothes among the poor during in the upcoming winter.

She said the government has been able to keep the momentum of massive development works since it has been in power for the last 14 years in a row winning the 2014 and 2018 elections.

She said her government works for the welfare of the disadvantaged communities in society.

“Our goal is to ensure that no one remains untouchable and neglected, and everyone can live a decent life. We’ve done it” she added.

Sheikh Hasina extended thanks to the Bank Association of Bangladesh for coming up with donations during every natural disaster including floods, cyclones and drought.

She urged businesspeople, particularly bank authorities to provide larger assistance to the sports and cultural sectors to protect the youth from terrorism, militancy, drug addiction and other social diseases.

The PM called upon the industrialists to recruit also from the sportspeople and the disabled community.

She thanked the financial institutions who have provided donations to the relief fund saying that the government wants to take measures in advance to help the cold-hit people in the coming winter season.

Form a coalition for mutual benefit