The gorgeous couple Deepika Padukone and Ranveer Singh finally let the cat out of the bag and talked about their impending marriage rumours. Ending months of speculation, the stunning B-Towners announced their wedding dates on social media, leaving everyone ecstatic.

Not just the fans but the entire film industry thronged their Twitter and Instagram to wish the couple. From Sonam Kapoor, Alia Bhatt, Karan Johar to Esha Gupta, Kalki Koechlin, Sonakshi Sinha among others congratulated the gorgeous duo.

Well, they chose social media to make their official wedding announcement and it’s known to all, how internet can be a funny place. Soon after the wedding news broke the internet, Twitterati came up with hilarious memes on it.

Check out some of the best ones: 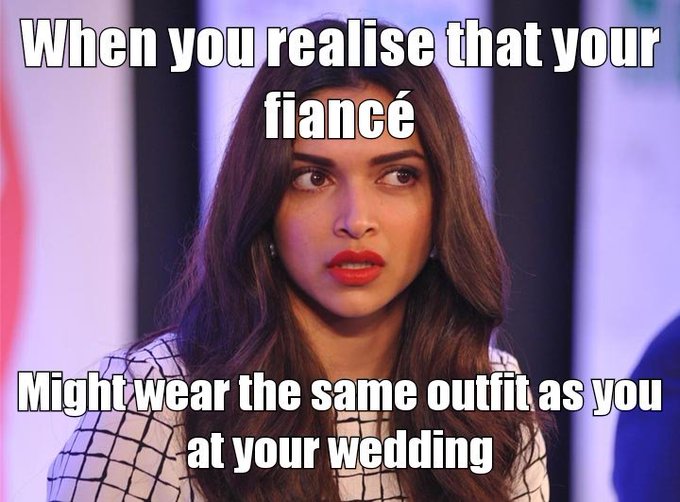 Deepika and Ranveer have shared November 14 and 15 as the wedding dates. Looks like there will be a pre-wedding functions ahead of the dates mentioned but the venue has not been disclosed. Earlier, it was being reported that the duo has finalised Lake Como, Italy as their dream wedding destination.

On the work front, Ranveer has Rohit Shetty’s ‘Simmba’ opposite Sara Ali Khan this year. The film will hit the screens on December 28, making it his first one post marriage. He also has Zoya Akhtar’s ‘Gully Boy’ with Alia Bhatt, releasing early next year.

Meanwhile, Deepika has signed Meghna Gulzar’s next on acid attack survivor Laxmi Agarwal which the actress will also produce.