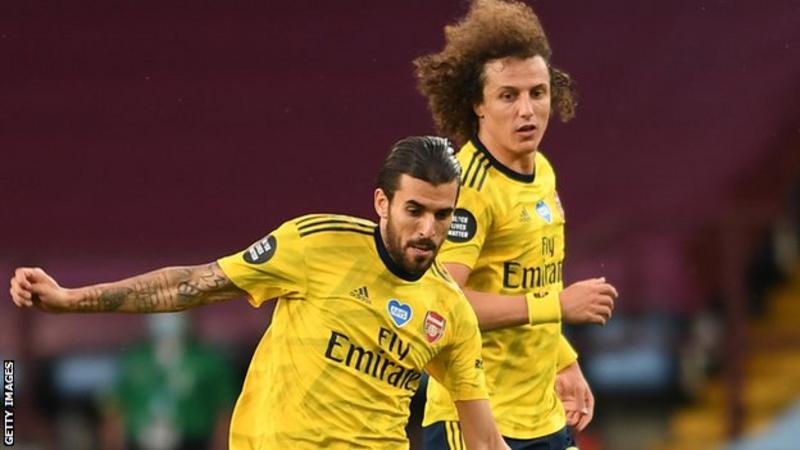 Arsenal boss Mikel Arteta says there will be “consequences” for the source who leaked a story about an incident between Dani Ceballos and David Luiz.

Reports said the two had clashed after a rough challenge by Ceballos during a practice match and that Luiz had drawn blood from his team-mate.

Arteta described the incident as “nothing” and was more concerned about it becoming public knowledge.

He said: “I don’t like the fact that that incident comes out at all.”

The Spaniard added: “I will find out where it is coming from and if that is the case, that goes completely against what I expect from each other, the privacy and the confidentiality that we need, and there will be consequences.”

Asked to explain his version of events, Arteta said: “Training is very competitive and issues happen a lot of times. Those things get resolved immediately within the team and there is not much to say.

“There is no problem at all.”

After the story broke on Thursday, Spain midfielder Ceballos, on a second season-long loan from Real Madrid, took to social media to deny the reports – retweeting the article below the word: “FAKE.”

It is not the first time the 24-year-old has been in a disagreement with a Gunners team-mate that has gone public.

On 12 September, he was caught on camera in a dispute with fellow substitute Eddie Nketiah as they warmed up before Arsenal’s 3-0 Premier League win at Fulham.

40 navy personnel get awards for heroism