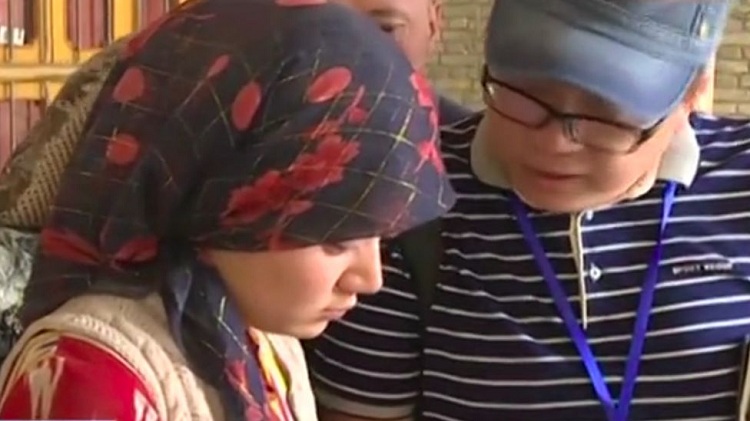 China’s policy of transferring hundreds of thousands of Uighurs and other ethnic minorities in Xinjiang to new jobs often far from home is leading to a thinning out of their populations, according to a high-level Chinese study seen by the BBC.
The government denies that it is attempting to alter the demographics of its far-western region and says the job transfers are designed to raise incomes and alleviate chronic rural unemployment and poverty.

But our evidence suggests that – alongside the re-education camps built across Xinjiang in recent years – the policy involves a high risk of coercion and is similarly designed to assimilate minorities by changing their lifestyles and thinking.

The study, which was meant for the eyes of senior officials but accidentally placed online, forms part of a BBC investigation based on propaganda reports, interviews, and visits to factories across China.

And we ask questions about the possible connections between transferred Uighur labour and two major western brands, as international concern mounts over the extent to which it is already ingrained in global supply chains.

In a village in southern Xinjiang, hay is being gathered in the fields and families are placing fruit and flatbreads on their supas, the low platforms around which Uighur family life has traditionally revolved.

But the warm wind blowing across the Taklamakan desert is bringing with it worry and change.

The video report, broadcast by China’s Communist Party-run news channel, shows a group of officials in the centre of the village, sitting under a red banner advertising jobs in Anhui Province, 4,000km away.

After two full days, the reporter’s narration says, not a single person from the village has come forward to sign up, and so the officials begin moving from house to house.

What follows is some of the most compelling footage of China’s massive campaign to transfer Uighurs, Kazakhs and other minorities in Xinjiang into factory and manual labouring jobs, often considerable distances from their homes.