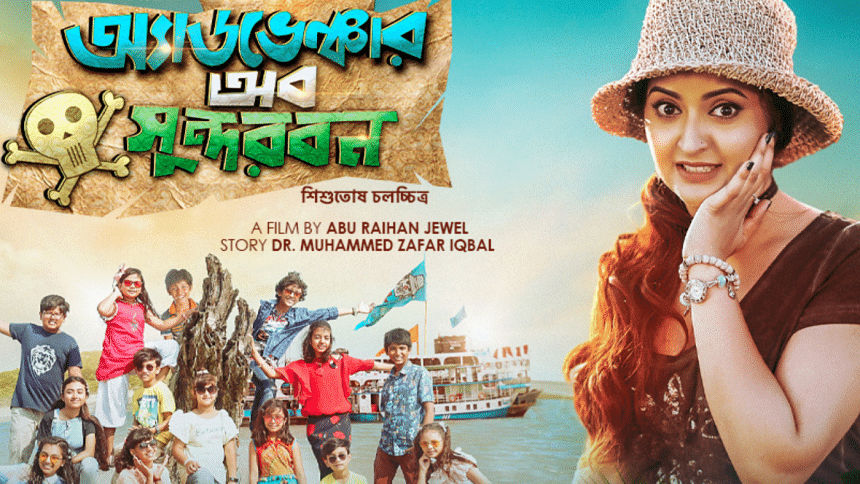 Bring your kids to watch ‘Adventure of Sundarban’: Pori Moni

With the film “Adventure of Sundarban” releasing today, Pori Moni is set to make a hat trick in her career, as this will be the third consecutive year that she releases a film in the first quarter.

Today, she will visit cinema halls across the city with her beloved son Rajya and husband Sariful Razz.

“Razz has already bought the tickets for the film. We will all go together to watch ‘Adventure of Sundarban’. I will make this day memorable. These are the memories that make an artiste’s life worthwhile,” said Pori Moni to The Daily Star.

This is not the first time Rajya will be watching a film in the theater. When Sariful Razz’s film “Damal” was released, they took their son to the premiere show.

Pori Moni went to different schools across the city along with her son, Rajya, to promote the film. When asked how it made her feel to see such young audiences cheer for her film, she replied, “This is the first time I have dealt with such cute and young audiences. They are so innocent and adorable l, that they don’t pretend to be nice. You can see the excitement in their eyes. It’s been a great experience for me.”