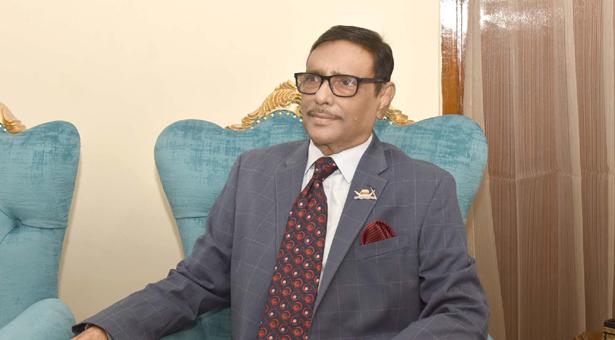 BNP’s existence won’t be found even under 1000 volt light: Quader

Awami League General Secretary Obaidul Quader has said that BNP is even invisible in 1000 volt light.
“BNP is now absent from the politics on streets, and you will not find them even after searching with 1000 volt light bulbs. The party’s politics is limited with Facebook status and speaking on media,” he said on a video conference from his official residence on Saturday.
Quader, also the Road Transport and Bridges minister, virtually inaugurated newly constructed a municipal park and terminal in the morning.
Success and achievement stories of Prime Minister Sheikh Hasina are the reason of BNP’s anger, said the minister adding that, “Awami Legaue is not against BNP, but the party opposes the negative and evil politics of it.”
He further said, “It is normal that those who are patronizing the evil powers of 75′ killers, master mind of Aug 21 grenade attack and communal will not feel easy to hear the stories of Sheikh Hasina’s development and progress.”
29
Share