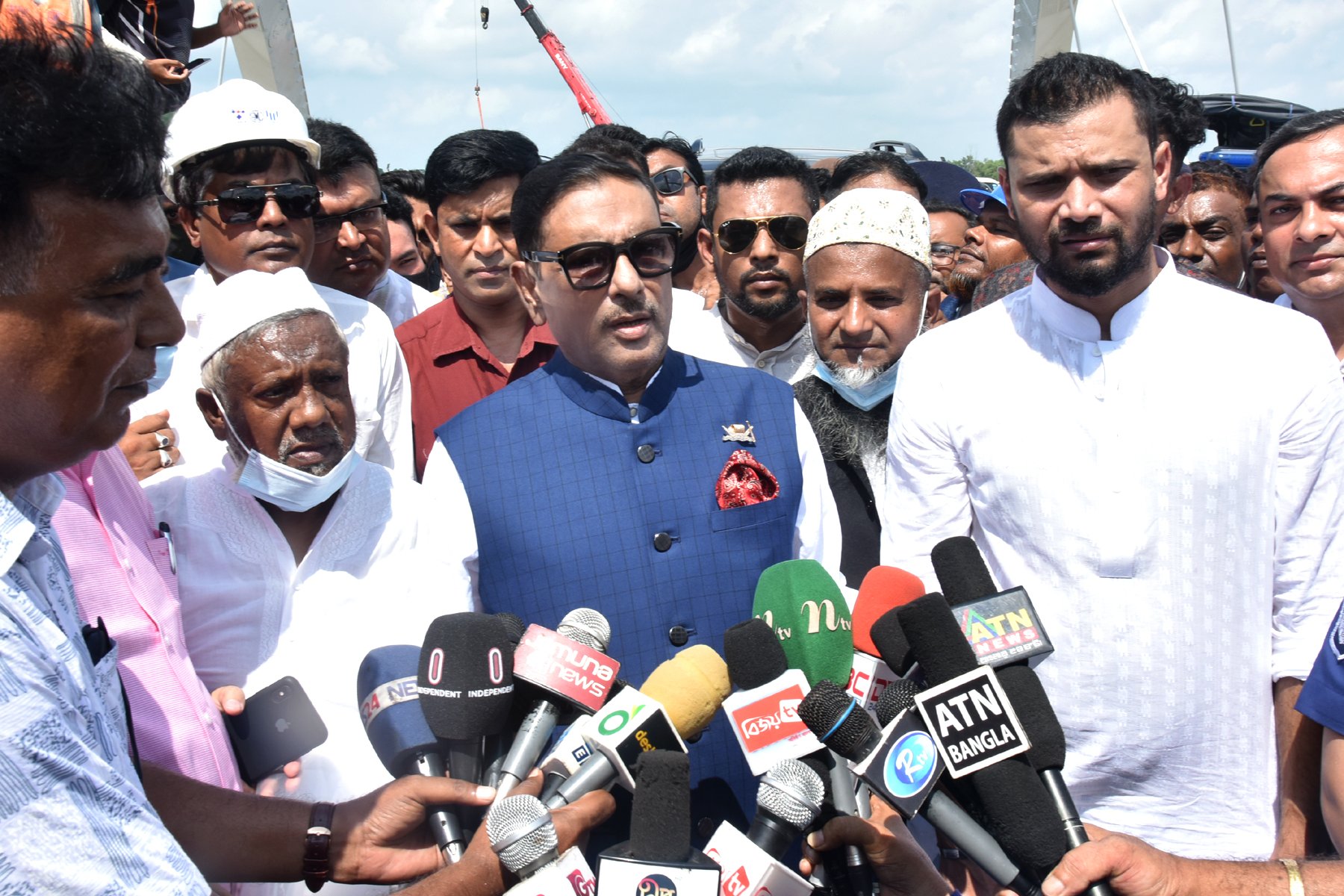 Awami League general secretary Obaidul Quader has said that BNP is conspiring to catch fish in the troubled water in a bid to make the next general election.
He told reporters while visiting Madhumati Bridge built on the Madhumati River in Kalna area of Narail district on Thursday.
Quader said the next general election will be held due time as per the constitution. The existing government will perform its routine duties during the election, he added.
About BNP and other parties’ demand of the caretaker government, the AL general secretary said, “There is no possibility of restoring the caretaker government system. The caretaker government is now in the museum as per the order of the High Court.”
Regarding the inauguration of Madhumati Bridge, Quader, also the Road Transport and Bridges Minister, said, “Madhumati Bridge will be inaugurated on any day of next month (October). Prime Minister Sheikh Hasina will announce the date of the inauguration of the bridge when she returns to the country.”
He said, “The bridge was named Madhumati Bridge as per the instruction of Prime Minister Sheikh Hasina. Tk 959 crore 85 lakh taka has been spent on the construction of this 690 meter-long bridge.”
Mashrafe Bin Mortaza MP was present at that time, among others.
12
Share