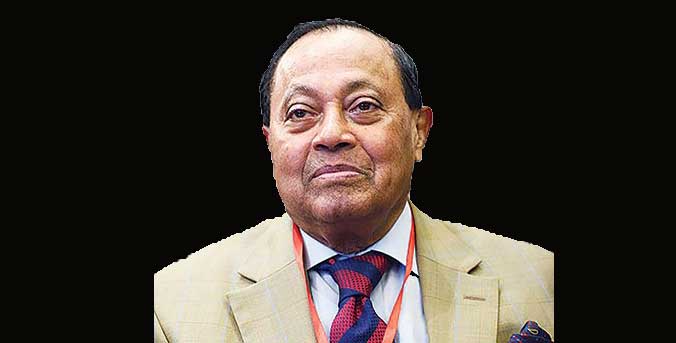 BNP standing committee member and former minister Barrister Moudud Ahmed passed away at Singapore’s Mount Elizabeth Hospital on Tuesday.
He was 81.
Moudud breathed his last at 6:30pm, said his chamber assistant AKM Ehsanur Rahman.
The BNP leader was admitted to Mount Elizabeth Hospital for advanced treatment on February 1. He had serious kidney complications and was struggling to get oxygen due to lung congestion.
Moudud is survived by his wife Hasna Moudud and daughter.
He was hospitalised in Dhaka on Dec 30 last year after he had fallen ill due to low level of hemoglobin. He also suffered a mild stroke while undergoing treatment at the hospital.

Moudud Ahmed was one of the founding members of the BNP. He joined Jatiya Party in 1985 and served as prime minister and vice president in the military ruler HM Ershad’s government.

After the fall of Ershad, Moudud returned to BNP in 1996 and was made law minister in Khaleda Zia’s government in 2001.