It was with the thirteenth season of the reality show Bigg Boss that we got to know about Punjab ki Katrina Kaif aka Shehnaaz Gill. The bubbly and full of life Shehnaaz made everyone her fan with her cuteness and sweet nature. Though she didn’t win the show, she definitely won millions of hearts with her style and bold statements. Recently, Shehnaaz took to social media to share a stunning selfie and has left fans drooling over her.

Shehnaaz’s fan base has increased many folds after her successful BB stint and she now enjoys a fan following of 5.7 million on Instagram. She is an ardent social media user and her feed is all about her stylish and stunning selfies/photos. Shehnaaz’s bonding with BB winner Sidharth Shukla was much talked about and their fans were rooting for them even after the show. But the two remain close friends and are often seen praising and pulling each other’s leg. Fans have given them a cute nickname ‘SidNaaz’.

In the latest photo, Shehnaaz is seen dressed in a black summer dress with sequence detailing at the neckline. The perfect pout mirror selfie is breaking the internet and fans can’t keep calm! Shehnaaz has kept the caption section empty and within a few hours, the photo has garnered more than six lakh likes. 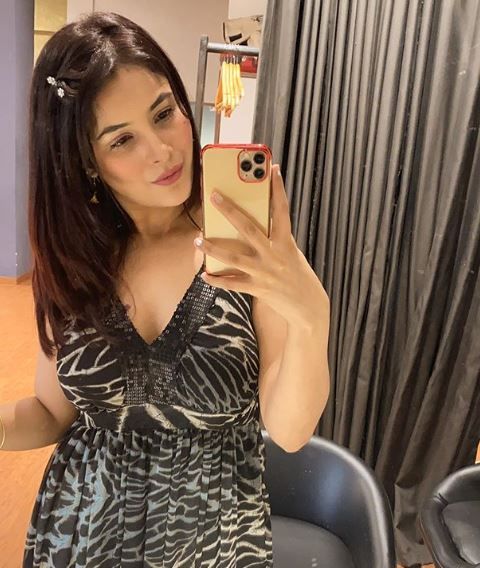 One fan wrote, “Sid ki Naaz”, another one commented, “Shehnaaz gill posted a picture and killed everyone with her beauty..” One penned a heartwarming comment and that reads, “I hope you find someone who does not make you sad at night, someone who reminds you how much they love you every day, who laughs at your jokes, wants to listen to you sing, who genuinely wants to be with you and doesn’t make you second guess their love for you. I really hope you find this because you deserve this. #ShehnaazGill.”

On the work front, there were rumours that Shehnaaz will be seen in BB 14, but the actress has refused the same. After BB, she was seen in Mujhse Shaadi Karogey, in which she was looking for a perfect life partner for herself.

Lara Dutta remembers the ‘unforgettable experience’ of returning to India…

Amid France-Turkey row, UK calls on NATO allies to defend…