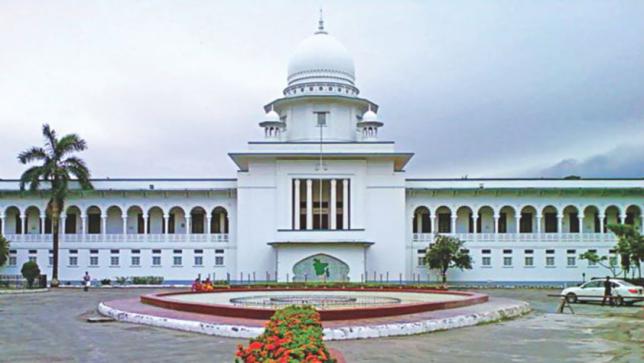 The High Court on Monday imposed restriction on 122 loan defaulters of People’s Leasing and Financial Services Ltd (PLFSL) from leaving the country.
The court also directed law enforcers to provide all necessary assistance to the official liquidator of PLFSL in finding out the defaulters. The direction came in the full text of an order of HC bench of Justice Muhammad Khurshid Alam Sarkar that was released on Monday.
On July 14, 2019, Bangladesh Bank filed a petition seeking its permission to liquidate PLFSL as it failed to pay its account holders while the HC directed to take steps to liquidate PLFSL.
Last year in November, HC sought a list of load receivers of PLFSL, later a list of 500 people was submitted to HC.
Show-cause notices were served against 280 loan receivers among them on January 21. They were also summoned by the court as they owed People’s Leasing approximately Tk 1,655 crore until June 30 last year.
Of them, 158 loan defaulters appeared before the court on February 23 and 25. The High Court later imposed restriction on 122 loan defaulters from leaving the country.
They were not found at the addresses provided to the People’s Leasing. The law enforcement has been asked to help find them using their national identity cards.
68
Share

Why PK Halder’s accomplices are still not arrested, asks HC