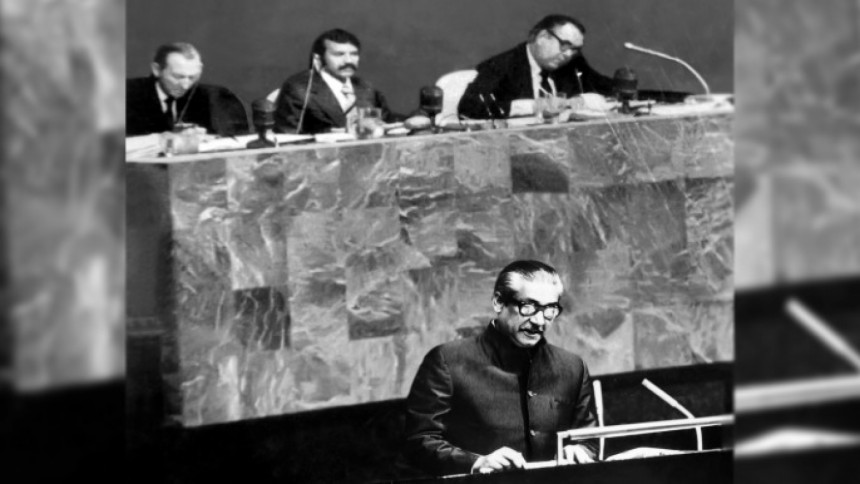 The historic quote of the Father of the Nation Bangabandhu Sheikh Mujibur Rahman, “Friendship to all, malice towards none”, has been incorporated in the UN General Assembly resolution.

In the global context of the post-Covid world and the Russia-Ukraine war, the resolution titled “International Year of Dialogue as a Guarantee of Peace, 2023” was introduced by Turkmenistan at the UNGA plenary and was adopted unanimously today, according to a statement of the Bangladesh Permanent Mission to the UN in New York.

Bangabandhu’s historic quote, which is also the foreign policy dictum of Bangladesh, has been inserted in the 14th paragraph of the resolution.

It reads: “Recognising the importance of combating poverty, hunger, disease, illiteracy, and unemployment, and emphasising that friendship to all and malice towards none, in the spirit of constructive cooperation, dialogue, and mutual understanding, will help to achieve these objectives.”

This text was developed based on Bangabandhu’s maiden speech at the UNGA on 25th September 1974, where Bangabandhu emphasised the need for establishing world peace.

The resolution was cosponsored by 70 countries, including Bangladesh and other South Asian nations.