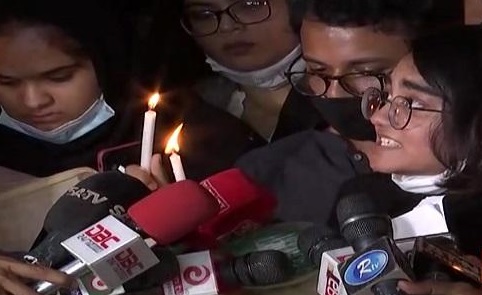 At that time, they demanded exemplary and capital punishment of accused Fardin Iftekhar Dihan.

They also called for finding out if any more persons were involved in the incident.

Anushka’s classmates also called upon the authorities concerned to begin trial of the rapist and murderer within the next seven days.

They urged the state to ensure so that any further incident of rape does not happen in the country.

Taking part in the programme, guardians also called upon all to pay attention to their own children besides condemning the rape and murder of Anushka.

Amitabh Bachchan is the most followed Indian actor on Twitter

Miller thanks Bangladeshis for support during difficult time