Ranbir Kapoor and Alia Bhatt are one of the most adored couples in Bollywood. Even though Ranbir is not on social media, Alia makes sure to share a glimpse of their relationship via her Instagram profile. Fans recently wished Ranbir Kapoor a speedy recovery after Neetu Kapoor revealed that the actor had tested positive for COVID-19.

Alia, who was also shooting with Ranbir when the actor contacted the virus, however, tested negative for the same. While Ranbir is in self-quarantine and is on medication, Alia posted the most adorable photo ever. She shared a picture of the two holding hands and wrote, “Major missing.”

The photo has already garnered immense love from fans as they flooded the comment section with heart and fire emojis. Alia and Ranbir have been shooting for their upcoming movie Brahmastra, which will mark their first big-screen collaboration. 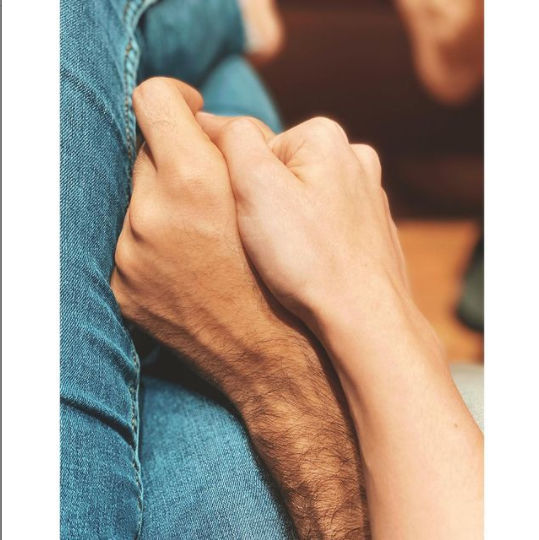 Earlier, Alia had also undergone a COVID-19 test but it turned out to be negative. After quarantining for a while, the actress shared that her doctors allowed her to resume work.

Recently, the actress visited a temple in Mumbai to seek blessings and also attended a special Maha Shivratri puja with Brahmastra director and close friend Ayan Mukerji. While the actress was snapped, the paparazzi asked her if she asked for anything while seeking blessings, Alia said yes but she won’t tell. Did the actress pray for Ranbir’s speedy recovery?

Brahmastra will also star Amitabh Bachchan, Mouni Roy, Akkineni Nagarjuna and Dimple Kapadia. The movie is the first film of a three-part series.

Biden aims for quicker shots, ‘independence from this virus’