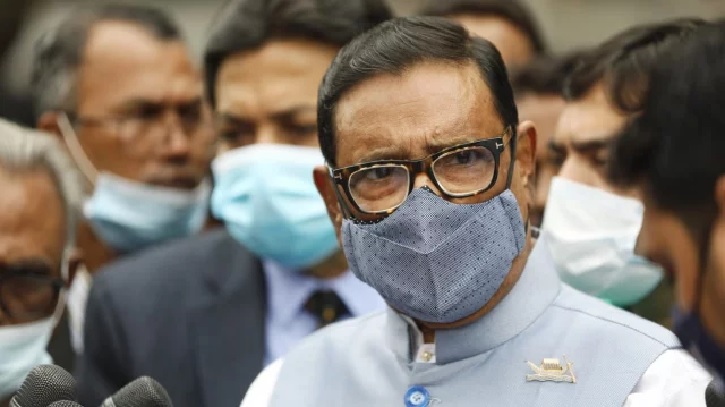 Quader questioned why movement is being staged at midnight even after the students’ demand for road safety and half fare in buses have been accepted and why any incident is quickly being spread live on facebook page of Basher Kella (a page run by radicals).

Presenting data on several road accidents in recent time, the minister said road accidents cannot be accepted by any means and these are very much sorrowful.

Mentioning that different questions and allegations have been raised over the death of a student in an accident at Rampura, he questioned from where hundreds of people went to the scene within 10-12 minutes at midnight and how the news of the accident had spread within 10-12 minutes.

He said news of death is very much saddening.  “We have taken different initiatives to avert road accidents. We have also accepted the demand of students for their half fare in buses,” he added.

The minister said: “I think the reasons behind movement for road safety are not illogical. When the students are concentrating on their studies after stopping their movement, political instigation is being carried out to take the students to streets. It is very unfortunate.”

Quader urged the students, waging movement, to go back to their respective campuses and concentrate on their studies as they have already faced a huge loss in their academic life due to coronavirus pandemic.

Pointing to BNP leaders, the AL general secretary said their leader was the mastermind of the brutal assassination of Father of the Nation Bangabandhu Sheikh Mujibur Rahman on August 15 in 1975.

PM’s ‘Culture of Peace’ proposal at UN can ensure peace in world: Momen