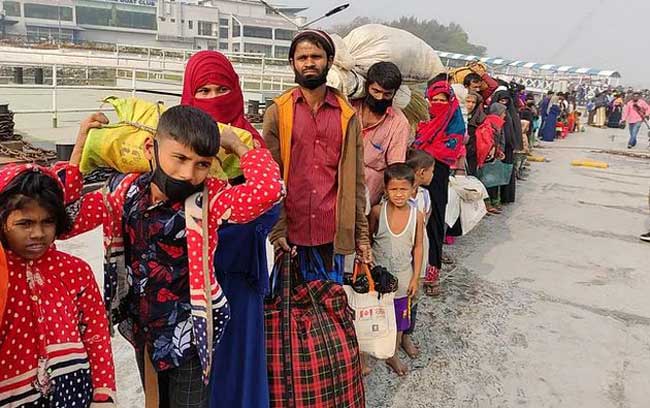 A total of 2,260 more Rohingyas on Wednesday reached Bhasan Char from city’s Patenga boat club in the seventh batch under the supervision of Bangladesh Navy.

Rohingya people, who were forcibly displaced from their motherland Rakhine state, Myanmar, arrived at Bhasan Char 15 days after the 6th batch of them reached there as a part of their relocation process, sources said.

Earlier, they reached Patenga from Cox’s Bazar’s Ukhiya Balukhali camp and left for Bhasan Char with the help of six naval ships around 10:20 am today after an overnight stay at a makeshift transit camp of BAF Shaheen College here.

Before boarding the ship, the Rohingyas were given tokens and keys of the allotted shelter homes after various data entries, he added.

He said that the government has provided infrastructure of 120 cluster villages on the 13,000-acres of char land at a cost of Taka 3,095 crore to

HT Imam is no more