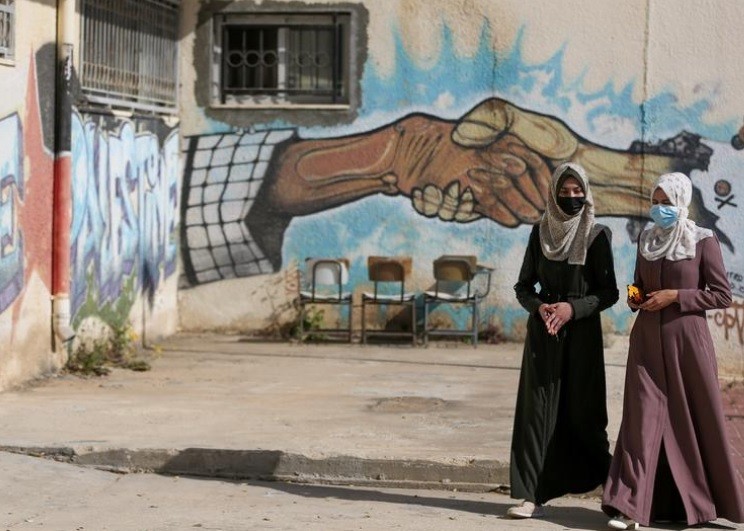 Facing the first elections they have ever been able to vote in, young Palestinians are demanding reforms in the parliamentary and presidential polls later this year.
Initially many were sceptical about whether the Palestinian elections – the first for 15 years – would even take place after they were announced by President Mahmoud Abbas in January.
Many saw the timing as a bid to reset relations with Washington under President Joe Biden, and as a long-overdue response to criticism of Abbas’s legitimacy given that he was elected in 2005 and has ruled by decree for more than a decade since his mandate expired.
The May 22 parliamentary election moved a step closer to reality last week when the main parties – Abbas’s secular nationalist movement Fatah and its Islamist rival Hamas – registered party lists.,
But it was thrown into turmoil by internal Fatah splits as jailed West Bank leader Marwan Barghouti and Yasser Arafat’s nephew Nasser al-Qudwa registered a rival slate of candidates in a direct challenge to their leader.
Both are in their sixties but still a generation younger than 85-year-old Abbas, who flew to Germany on Monday for medical checks.
Young Palestinians say the stagnation of the democratic process has marginalised their generation in a society in which more than half the 5.2 million Palestinian population are under 29.
No Palestinian under 34 has voted in national elections and no election has taken place in the social media era – the last parliamentary ballot was in January 2006.
“We call ourselves the ignored generation because we have not been given the space within the political system to participate and have our voices heard,” said Salem Barahmeh of the youth movement Jeel Al-Tajdeed Al-Democraty, or Generation for Democratic Renewal.
“We come from a generation that has never elected its representatives,” Barahmeh, 31, told Reuters in Jericho.
His group urges reform of laws which require parliamentary candidates to be at least 28 and for lists to pay $20,000 to register, measures they say block youth participation.
78
Share

Freedom-fighters to get two festival allowances a year

Twice-weekly Covid tests offered to all in England