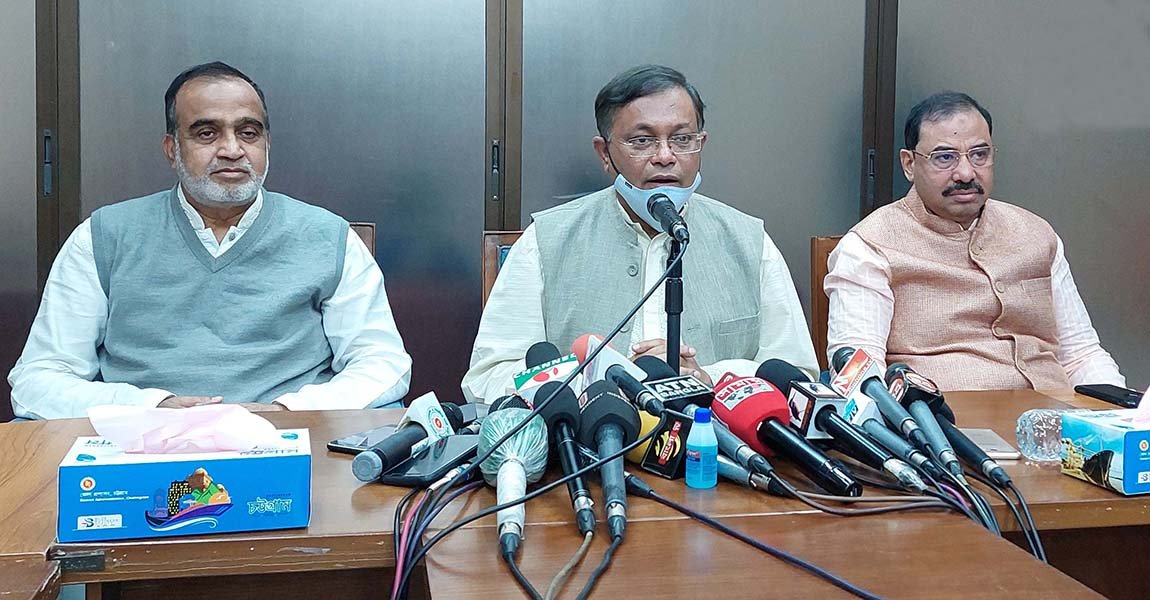 Responding to a question of journalists over the demand of SUJAN for publishing the names of 10 people recommended by the search committee for the formation of the next Election Commission, Information and Broadcasting Minister Dr Hasan Mahmud said, “Who is this SUJAN?”
“SUJAN is an NGO and even this NGO has no branches or units in the country. It is an NGO with some special individuals and they raise funds from various organizations, even once SUJAN took fund from the EC,” he said.

He said this while exchanging views with journalists on contemporary issues at Chattogram Circuit House on Friday, BSS reports.

Chairman of Chattogram Zila Parishad and President of Chattogram North District Awami League MA Salam and General Secretary of Chattogram City AL and former City Mayor AJM Nasir Uddin were present on the occasion.
Former Chief Election Commissioner has also raised questions about that, he said, adding:“My question is that why SUJAN is giving advice in that way and why media is giving special coverage on it.”
“It’s up to the search committee to decide whether it will publish the 10 names or not. Who is the SUJAN to demand it? Is SUJAN a stakeholder in terms of holding election? It’s not,” Hasan added.
He said the initiative which has been taken to form the next EC is very much transparent, participatory and incredible manner.
Hasan Mahmud said introducing a universal pension scheme for the people aged above 60 is the brainchild of Prime Minister Sheikh Hasina.

“No political party, including BNP, has ever demanded for this.  Even the civil society or those who make bigger talks on television screens after midnight or those who try to impart knowledge to the nation didn’t demand the issue,” he said.

China to set up missile repair base in Bangladesh