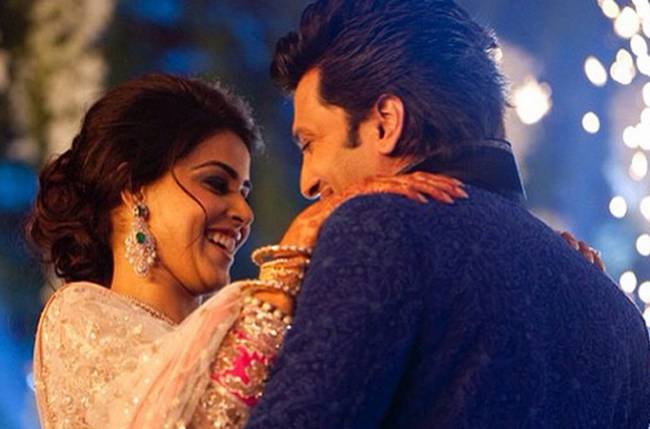 There was a time when actresses were wary of getting married. It was believed that once an actress gets married, opportunities won’t come her way and her fame will eventually fade away. But thankfully, the times have changed for the good, and marriage is no longer connected to one’s career. In fact, some of the leading actresses of the film industry are now married and equally successful. In a recent interview, Genelia D’Souza opened up on how she was warned before getting married to Riteish Deshmukh, back in 2012.

Genelia and Riteish have been married for the last 8 years. Before that, they were in a relationship for about 9 years. Their love story indeed sets relationship goals as they continue to inspire many with their adorable chemistry and the blissful happily ever after. However, when Genelia had agreed to marry Riteish, people had warned her about taking the plunge at a time when she was doing well in her career.

“When I was getting married, I had people telling me that Oh you are getting married, for a girl, your career is done, I heard everything but I was clear that it is not going to stop me from marrying because I wanted that. I think but now I see a very positive change in the industry, where the content is evolving. There is a lot of work that artists and actors get which are not star-driven, or monotonous. There is a lot to do today as actors”, revealed Genelia in her latest interview with Pinkvilla.

Further, Genelia also mentioned how even though when she got married to Riteish, she was just a few films old in Bollywood but she was working round the clock in the Southern film industry. “I felt like I needed that kind of a break. I wanted to give my family the priority and then I had babies, one after the other, so it was my time with my family, which I wanted and I am glad I am in that age of the film where all of that doesn’t matter anymore”, she was quoted saying.

Genelia was last seen in cameo appearances in Jai Ho, Lai Bhaari in 2014. While she’s not averse to making a full-fledged comeback as an actress, she’s clear that she won’t overwork and not do more than 2-3 films a year.