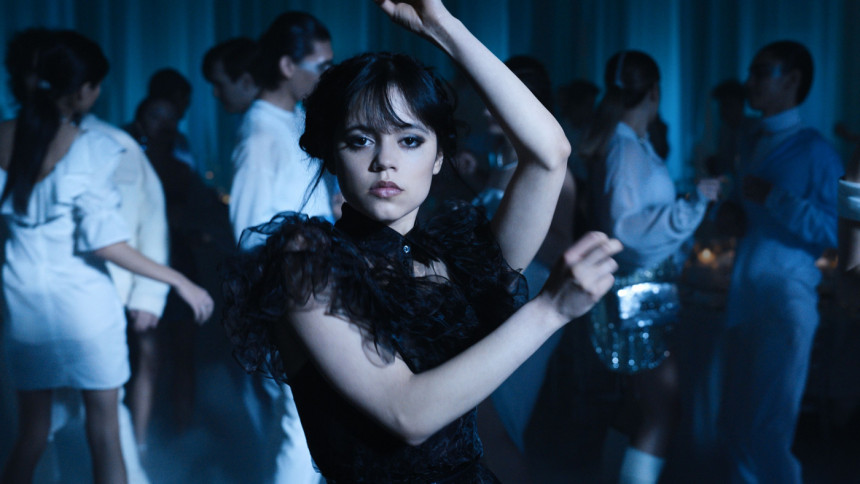 When Netflix announced a Tim Burton-directed adaptation of The Addams Family, fans undeniably expected the already macabre family to be bathed in an even gorier light. However, that was not how things played out.

Wednesday brings the older child of Morticia and Gomez Addams, the 15-year-old Wednesday Addams, to the forefront. The opening scene solidly establishes Wednesday’s morbid nature. It shows her letting loose a school of piranhas on her high school swim team to punish them for bullying her brother Pugsley.

Following her expulsion from that school, her parents enrol her into Nevermore Academy, a school for outcasts that they had once attended. Despite resisting the change at first, a series of murders in Jericho, the town that hosts Nevermore, pulls Wednesday in, unspooling a murder mystery with our teenaged goth at the heart of it.

Wednesday Addams has till now only been seen as a child. She started out as a slightly unsettling kid in the 1960s TV show. Christina Ricci’s portrayal of her in the 1990s films made her a death-obsessed girl with murderous tendencies. Jenna Ortega’s teenaged Wednesday lives up to all of that. But this comes at a cost.

The witty, biting remarks of a child translate to prideful, condescending behaviour in a teenager, and Wednesday is fully aware of this. It shows the character as a young adult who cares only about her own desires. However, it also shows how her self-absorbedness slowly dissolves, making her more accepting and considerate of those around her.

While this might not be something a canonically accurate Wednesday might do, it suits the young adult tone of the show.

Hit back if anyone tries to attack