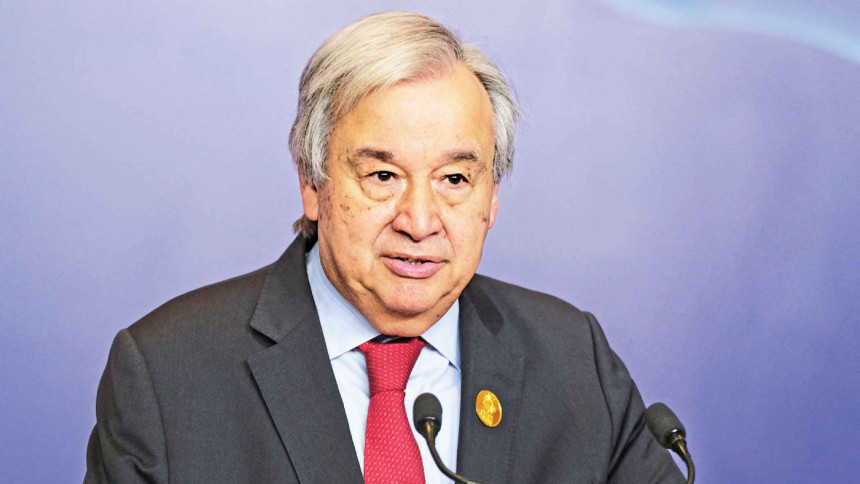 High-stakes UN biodiversity talks open in Montreal yesterday, in what is being billed as the “last best chance” to save the planet’s species and ecosystems from irreversible human destruction.

Delegates from across the world gathered for the December 7-19 meeting to try to hammer out a new deal for nature: a 10-year framework aimed at saving the planet’s forests, oceans and species before it’s too late.

“With our bottomless appetite for unchecked and unequal economic growth, humanity has become a weapon of mass extinction,” UN chief Antonio Guterres warned Tuesday at a ceremony ahead of talks.

Before he took the dais, a group of around half a dozen Indigenous protesters interrupted a speech by Canadian PM Justin Trudeau, in a sign of the passions inflamed by biodiversity loss among the most impacted communities.

The official opening of the meeting, known as COP15, follows several days of pre-negotiations that saw very little progress on key issues.

Observers called for negotiators to urgently unblock sticking points on difficult items like finance and implementation, with only five out of more than 20 targets agreed so far.

Draft targets for the 10-year framework include a pledge to protect 30 percent of the world’s land and seas by 2030, eliminating harmful fishing and agriculture subsidies and tackling invasive species and reducing pesticides.

The talks come amid dire warning from scientists that the world is facing its biggest mass extinction event since the dinosaur age, with more than one million species at risk.