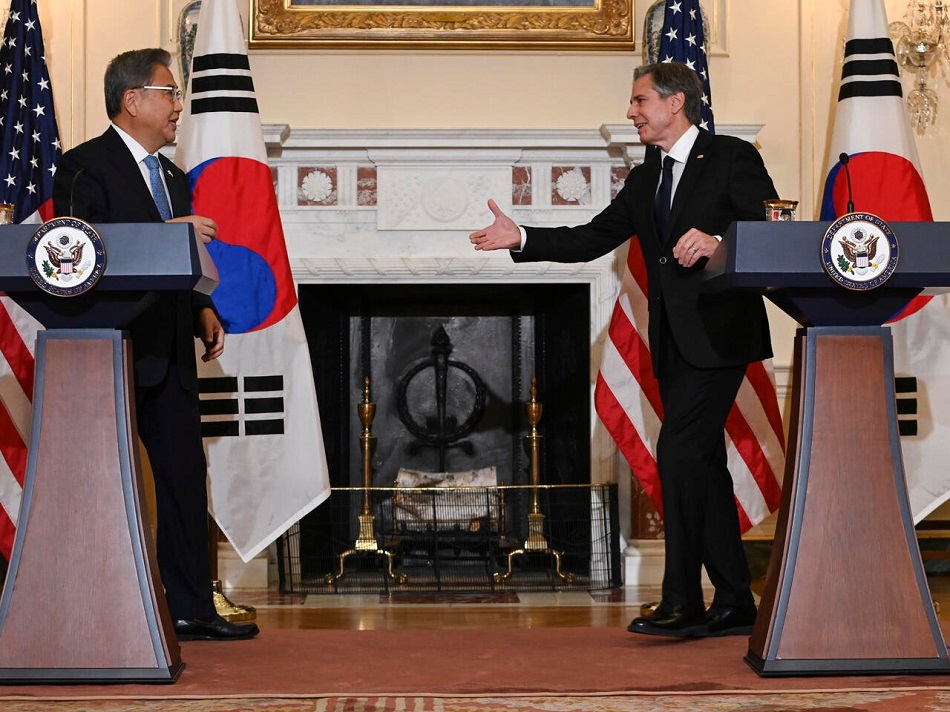 The United States and South Korea warned Monday of a swift response if North Korea conducts a nuclear test, including US military “adjustments,” but again offered talks as a way out.

The two allies say that North Korea could at any time test its first nuclear weapon since 2017, after months of escalating tensions including missile tests and Pyongyang’s rebuffing of overtures from President Joe Biden’s administration, reports AFP

Meeting his South Korean counterpart, Secretary of State Antony Blinken said that the United States was working with allies in Tokyo and Seoul “to be able to respond quickly should the North Koreans proceed with such a test.”

Dhaka urges UN to scale up efforts for Rohingyas repatriation