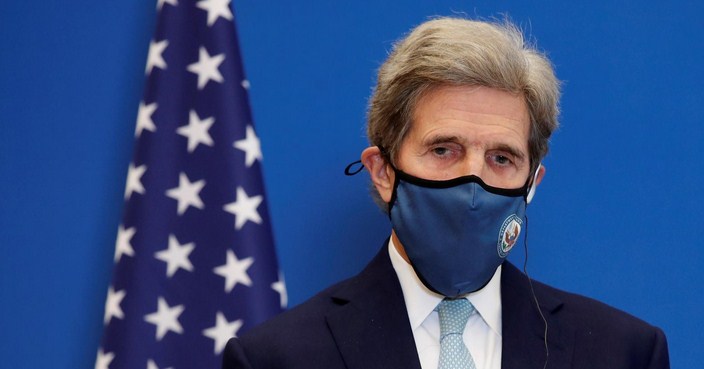 US hopeful it can work with China to tackle climate change: Kerry

U.S. Special Presidential Envoy for Climate John Kerry said the United States was hopeful it could work with China to tackle climate change, despite longstanding disagreements that have affected the bilateral relationship.

“Our hope is that we’re going to be able to deal with yes, China,” Kerry told reporters during a visit to the United Arab Emirates capital Abu Dhabi on Saturday. “President Biden has made it clear and I’ve made it clear: none of the other issues we have with China — and there are issues — is held hostage to or is engaged in a trade for what we need to do on climate.”

Sino-U.S. relations have been strained in recent years by disagreements about trade, China’s treatment of its Uighur minority, as well as China’s actions in Taiwan and Hong Kong.

China has pledged to become carbon neutral by 2060 while U.S. President Joe Biden’s administration is expected to announce a new target for reducing emissions at a global climate summit on April 22.

Kerry will take part in a climate dialogue for the Middle East and North Africa hosted by Abu Dhabi on Sunday. The UAE said the dialogue would focus on national and regional preparations ahead of a United Nations climate summit to be held in Glasgow in November.

Kerry said the countries would discuss how to reduce a reliance on coal, as well as how to “raise ambitions” on climate change ahead of November’s conference.

“I think the next generations are screaming at us to fulfill our promise,” he added.