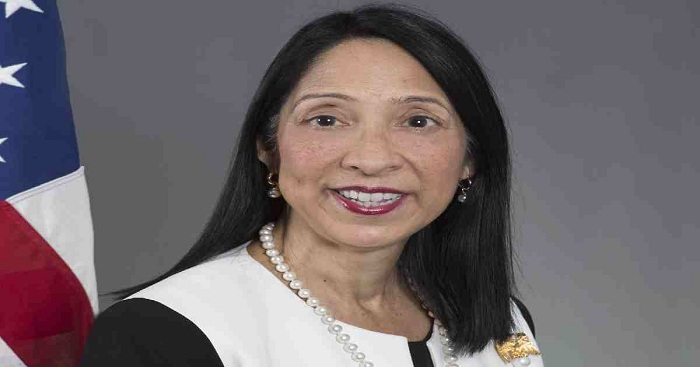 US Assistant Secretary of State for International Organization Affairs Michele J. Sison arrived here on Saturday on a two-day visit as part of her tri-nation official tour.

She is likely to seek Bangladesh’s support for Doreen Bogdan-Martin, one of the candidates for the post of Secretary-General, International Telecommunication Union (ITU), says a diplomatic source, reports UNB.

The Russian Federation has nominated Rashid Ismailov as a candidate for the post of ITU Secretary-General.

The elections will be held during the Plenipotentiary Conference in Bucharest from September 26 – October 14, 2022.

If elected, Bogdan-Martin would be the first woman to serve as ITU Secretary General in the organization’s 156 years of existence.

Doreen Bogdan has an “unmatched record” of bringing the needs and ambitions of the developing world to the fore, Sison tweeted during her visit to India.

Bangladesh and the United States will “further follow up” the discussions that the two countries had over the last few months during her visit to Bangladesh.

Dhaka’s demand for withdrawal of sanctions on elite force RAB and the Rohingya issue are also expected to be discussed during the visit.