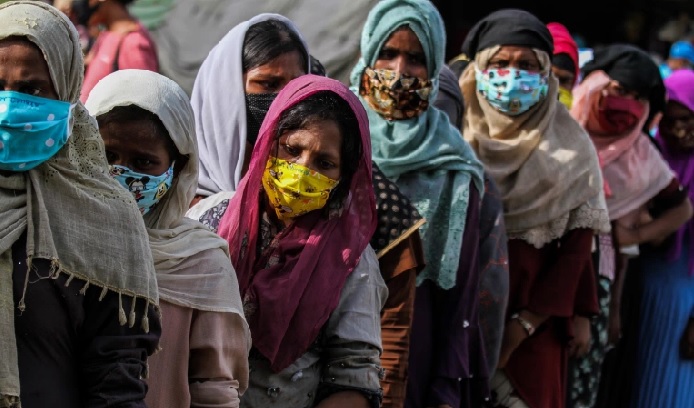 The United States (US) has announced nearly $200 million in as assistance in Fiscal Year 2020 for Rohingyas and host communities as well as internally displaced crisis-affected groups inside Myanmar those who fled ethnic cleansing.

The announcement came while the United States, the United Kingdom, the European Union, and the UN Refugee Agency (UNHCR) conducted a virtual conference on Thursday on Sustaining International Support for the Rohingya Refugee Response.

“The US will continue to advocate for a sustainable solution that creates the conditions for the voluntary, safe, dignified, and sustainable return of Rohingya refugees and other displaced persons to their places of origin or to a place of their choosing,” US Secretary of State Michael R. Pompeo said in a statement.

The US, he said, is working with its partners to stop the cycle of violence in Rakhine State, including by cooperating to end the trafficking of weapons and narcotics that have contributed to instability for so long.

In particular, Pompeo said, P5 members of the UN Security Council have a special obligation to contribute to ending violence and aiding the victims of violence.

“As a part of the United States’ global leadership in humanitarian diplomacy, we continue to call on Burma (Myanamr) to provide unhindered and sustained humanitarian access to anyone requiring assistance,” he said.

The United States remains the most generous financial donor to the Rohingya crisis response and acknowledges the efforts of Bangladesh to host these refugees.

More broadly, he said, “We continue to partner with the people of Burma, including members of other ethnic and religious minority groups, in their efforts to work toward peace and prosperity”.

The US’s humanitarian assistance since the beginning of Fiscal Year 2020 totals more than $437 million, including nearly $46 million to support the response to the COVID-19 pandemic.

THE FIRST SONG OF CHHALAANG – CARE NI KARDA, BY NONE OTHER THAN YO YO HONEY SINGH

Rohingyas must return to Myanmar: Dhaka to int’l community