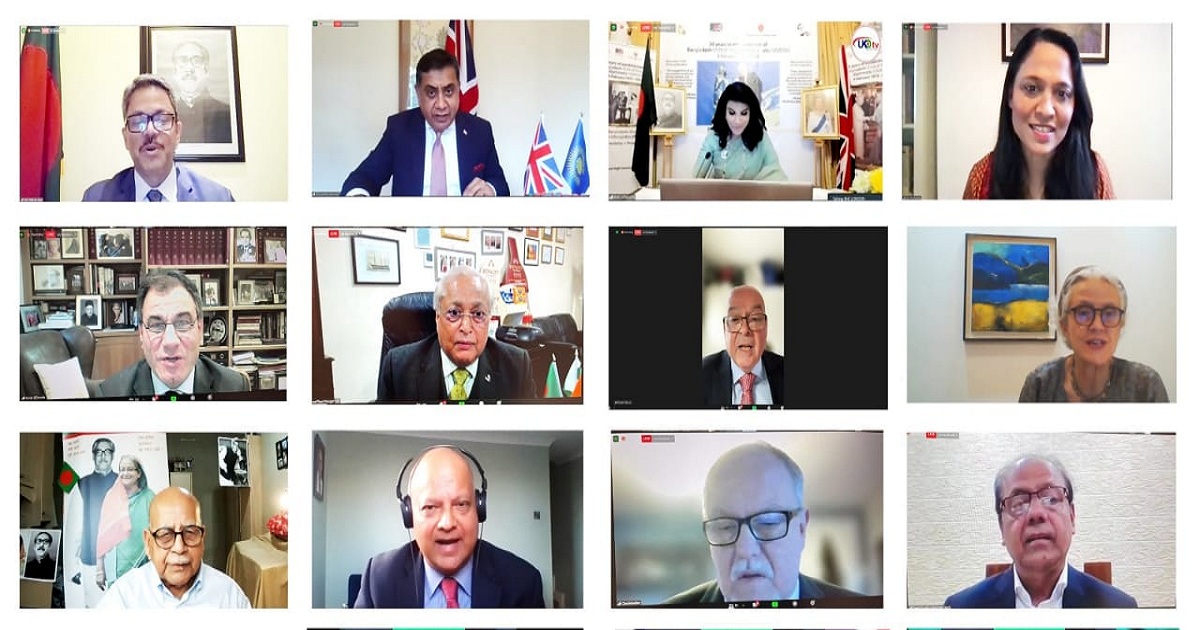 UK to stand next to Bangladesh as trusted friend: Lord Ahmad

British Minister Lord Ahmad has said the United Kingdom will continue to remain a “trusted friend and partner” of Bangladesh in the next 50 years as it stood by Bangladesh for the past 50 years through good times and bad times.
“As we look ahead, Bangladesh and the UK will continue to work together on shared priorities, including trade, climate, defence and Commonwealth,” said Ahmad, Minister for South and Central Asia at the Foreign, Commonwealth & Development Office (FCDO).

He made the remarks while addressing a virtual commemorative event on Friday night to celebrate Bangladesh-UK 50 years of diplomatic relations, UNB reports.

Highlighting the historic background of Bangladesh-UK relations and its geopolitical and diplomatic significance, State Minister for Foreign Affairs Md Shahriar Alam said Bangabandhu’s official meeting at the 10 Downing Street on 8 January followed by the UK’s recognition on 4 February in 1972 was a major geopolitical development during the height of the cold war, which encouraged other Western nations to recognise Bangladesh.

Reflecting on the sustained friendship between Bangladesh and the UK, he said the UK has steadfastly stood by Bangladesh starting from the War of Liberation in 1971 to Prime Minister Sheikh Hasina’s relentless efforts to leapfrog Bangladesh into Asia’s fastest-growing economy till date.

Referring to the bilateral meeting between Sheikh Hasina and Boris Johnson in November last year, she said the High Commission will continue to work closely with the UK government to realise the shared visions and priorities set by the two leaders to advance bilateral cooperation in trade and investment, climate change, defence and security and diaspora engagement in the coming decades.

The High Commissioner mentioned Bangladesh’s geostrategic importance in the Bay of Bengal and in the Indian Ocean complemented by its growing economic prosperity over the past decade makes it a deserving candidate to become Britain’s trusted friend and ally in realising the region’s sustainable peace, security and prosperity.

Rushanara Ali recalled, “My father and his generation risked their lives and sacrificed to mobilise the support of the British government to recognise Bangladesh, and families who are victims of 1971 war atrocities continue to suffer within our community till date.”

Ali, who is also Co-chair of the All-Party Parliamentary Group on Rohingya, reaffirmed her commitment to support Bangladesh in its efforts to ensure safe and dignified return of Rohingyas.

He said General Manekshaw, General Jacob and his father Karan Faridoon Bilimoria made leadership contributions to the 1971 War of Liberation.