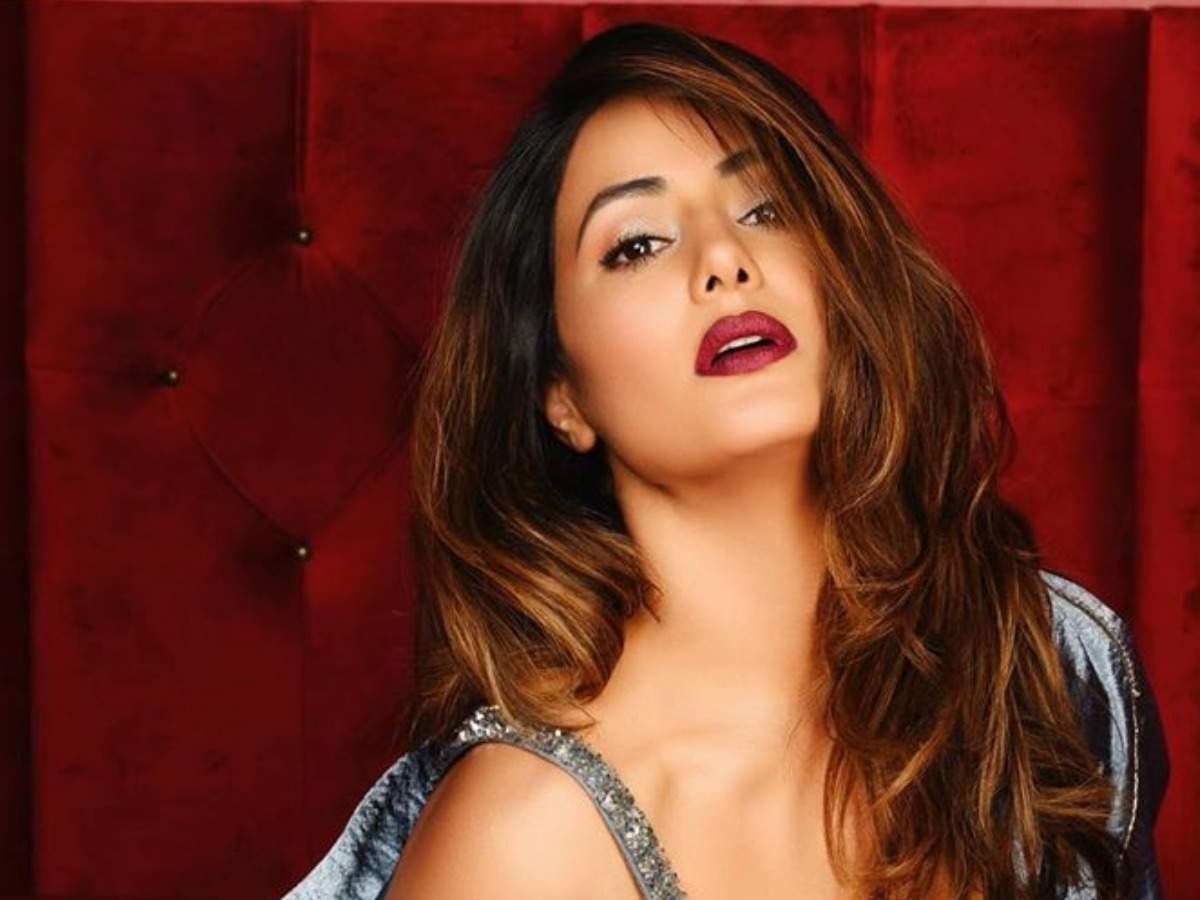 Aamir Khan and Kiran Rao announced their divorce today by releasing a joint statement. Following the same, TV actress Hina Khan has reacted to their separation after 15 years.

Aamir Khan’s divorce from Kiran Rao came as a rude shock to most of his fans. They were married for a period of 15 years and a statement about their divorce left everyone startled. Aamir and Kiran, who are parents to their 9-year-old boy Azad, have parted ways on an amicable note. The duo released a detailed joint statement, in which they revealed that they will continue to co-parent their son and collaborate on the professional front as well. Initially, fans were disappointed with this news but they eventually sent good wishes to Aamir and Kiran.

Among the first celebs who reacted to the news of their divorce, is popular television actress Hina Khan. The Yeh Rishta Kya Kehlata Hai actress shared a post by a paparazzo on her Instagram story and expressed that she is heartbroken.

Dropping multiple heartbroken emojis, Hina wrote, “(Heartbroken emojis) but to be the best one must learn, how to handle the worst. #NothingButGraceful Wishing you both all the best.” 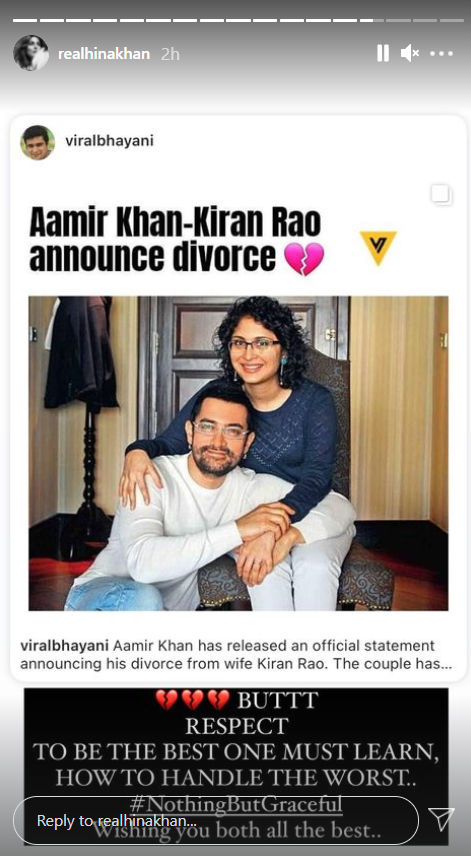 Meanwhile, in their joint statement, the duo mentioned, “We began a planned separation some time ago, and now feel comfortable to formalise this arrangement, of living separately yet sharing our lives the way an extended family does. We remain devoted parents to our son Azad, who we will nurture and raise together. We will also continue to work as collaborators on films, Paani Foundation, and other projects that we feel passionate about.”

Aamir and Kiran thanked their families and friends for their constant support and understanding of the evolution in their relationship. The ex-couple also hoped that their well-wishers will see their divorce not as end, but as the start of a new journey.

Police arrest 621 in Dhaka on third day of lockdown