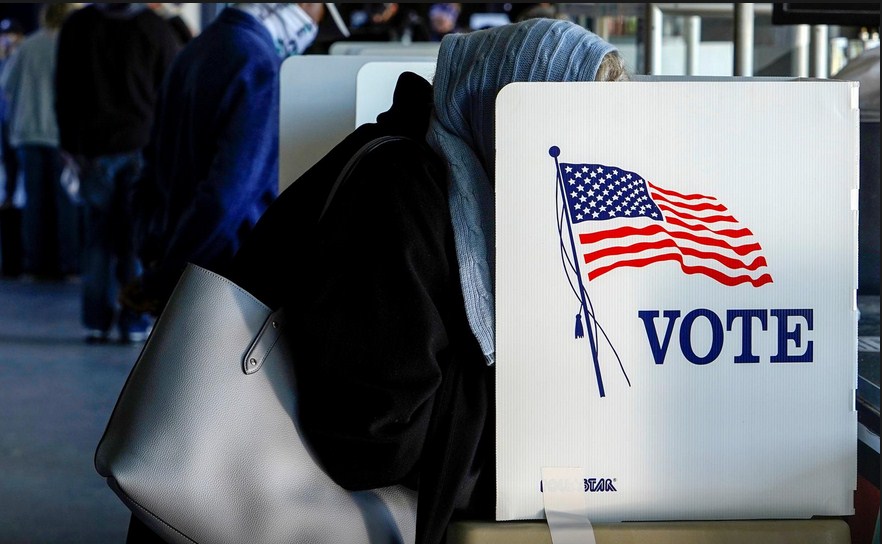 U.S. President Donald Trump will hunt for support in four battleground states on Monday while Democratic rival Joe Biden focuses on Pennsylvania and Ohio during the final day of campaigning in their race for the White House.

The Republican Trump trails Biden in national opinion polls ahead of Tuesday’s Election Day. But the race is seen as close in enough swing states that Trump could still piece together the 270 votes needed to prevail in the state-by-state Electoral College that determines the winner.

Trump, aiming to avoid becoming the first incumbent president to lose re-election since fellow Republican George H.W. Bush in 1992, will hold rallies on Monday in North Carolina, Pennsylvania, Wisconsin and two in Michigan.

He won those states in 2016 against Democrat Hillary Clinton, but polls show Biden is threatening to recapture them for Democrats.

Trump will wrap up his campaign in Grand Rapids, Michigan, the same place he concluded his 2016 presidential run with a post-midnight rally on Election Day.

Biden, running mate Kamala Harris and their spouses will spend most of Monday in Pennsylvania, splitting up to hit all four corners of a state that has become vital to the former vice president’s hopes.

Biden will rally union members and African-American voters in the Pittsburgh area before being joined for an evening drive-in rally in Pittsburgh by singer Lady Gaga.

He also will make a detour to bordering Ohio, spending time on his final campaign day in a state that was once considered a lock for Trump, who won it in 2016, but where polls now show a close contest.

Former President Barack Obama, who Biden served as vice president for eight years, will hold a get-out-the-vote rally in Atlanta, Georgia, on Monday before closing out the campaign in the evening with a rally in Miami.