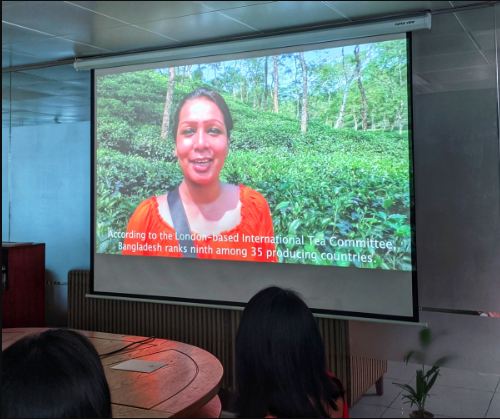 Unfolding the stories behind the cemeteries of tea planters in Bangladesh, a travel documentary titled “Tombs: Tea-Planters Cemeteries in Sylhet” was premiered on Monday at Bangladesh Tourism Board Conference Hall, Agargaon in the capital.

Conceptualized and produced by heritage traveller Eliza Binte Elahi and directed by ARM Nasir, the 30-minute documentary premiere, hosted by the Bangladesh Bureau Chief of the Associated Press and United News of Bangladesh-UNB’s Chief of Correspondents Julhas Alam, was joined by Rahnuma Salam Khan, Deputy Director of Bangladesh Tourism Corporation as the chief guest.

Foreigners and many ethnic groups have settled for long periods of rule in Bangladesh and established trade connections, and needless to say that many of them are buried in the country. Different burial grounds are built in almost all the 64 districts of Bangladesh, and there are also tombs of tea planters in different tea gardens of the entire Sylhet division.

None can hurt religious sentiments of anyone: PM

UK, US visit: PM to address media on Thursday