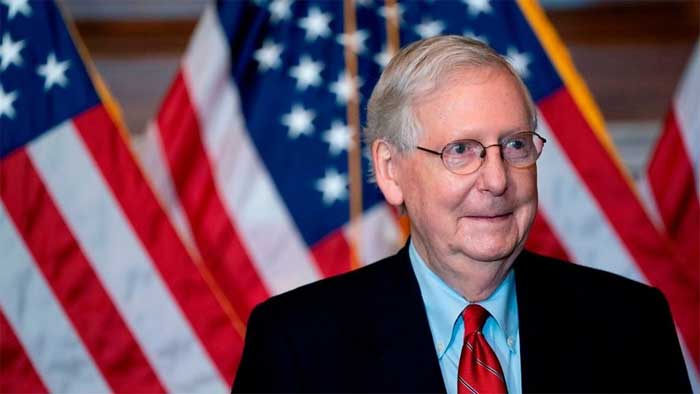 US attorney general William Barr has allowed prosecutors to probe alleged irregularities in the presidential election, prompting a senior justice department official to quit.
The official, Richard Pilger, would have overseen such investigations.

Any such cases would normally be the remit of individual states, but Mr Barr said this was not a hard and fast rule.

The president’s campaign is seeking an emergency injunction in Pennsylvania to prevent Mr Biden’s victory being certified in the state.

The president-elect’s projected win there on Saturday took him over the threshold of 270 electoral college votes needed to secure victory nationwide.

“This election is not over,” White House press secretary Kayleigh McEnany told a news conference. “Far from it.”

What is Mr Barr saying?
The attorney general wrote that inquiries could be made by federal prosecutors “if there are clear and apparently-credible allegations of irregularities that, if true, could potentially impact the outcome of a federal election in an individual State”.

Mr Barr said prosecutors should only look into “substantial allegations” of irregularities, and that “specious, speculative, fanciful or far-fetched claims” should be ignored.

He acknowledged that individual states had the primary responsibility for the conduct of elections but said the justice department had “an obligation to ensure that federal elections are conducted in such a way that the American people can have full confidence in their electoral process and their government”.