Teaser of Humko Tum Mil Gaye out now! Fans are gushing over

Hina Khan has always been an audience favourite! She has collaborated with popular television actor Dheeraj Dhoopar and their chemistry is unmissable in the teaser of Humko Tum Mil Gaye. Watch here!

We can never truly get enough of Hina Khan! Right from playing the character of Akshara in Yeh Rishta Kya Kehlata Hai to her latest stints in the world of entertainment, Hina is loved by all. So much so, that after every release, fans wait to see what’s next for Hina. The actress got the fans all excited when she posted the first look of her upcoming music video with popular television actor Dheeraj Dhoopar for Humko Tum Mil Gaye.

And rightly sufficing to fans’ wishes, both Hina and Dheeraj posted a sneak peek into the romantic number. What appeared from the video, Hina and Dheeraj’s fans are going to see this reel-couple in a completely new avatar.

An array of industry celebs such as Vikaas Kalantri, Ridhi Dogra, Sara Khan and others showered the teaser with compliments. Fans, too, poured their love on the video. Check out!

Yesterday, Hina dropped the first look of the video along with a note on the song’s trailer release. Singer Vishal Mishra crooned the song. The music video has been directed by Naresh Sharma and the lyrics are penned by Sayeed Qadri. Check out the poster of Hina and Dheeraj’s Humko Tum Mil Gaye here: 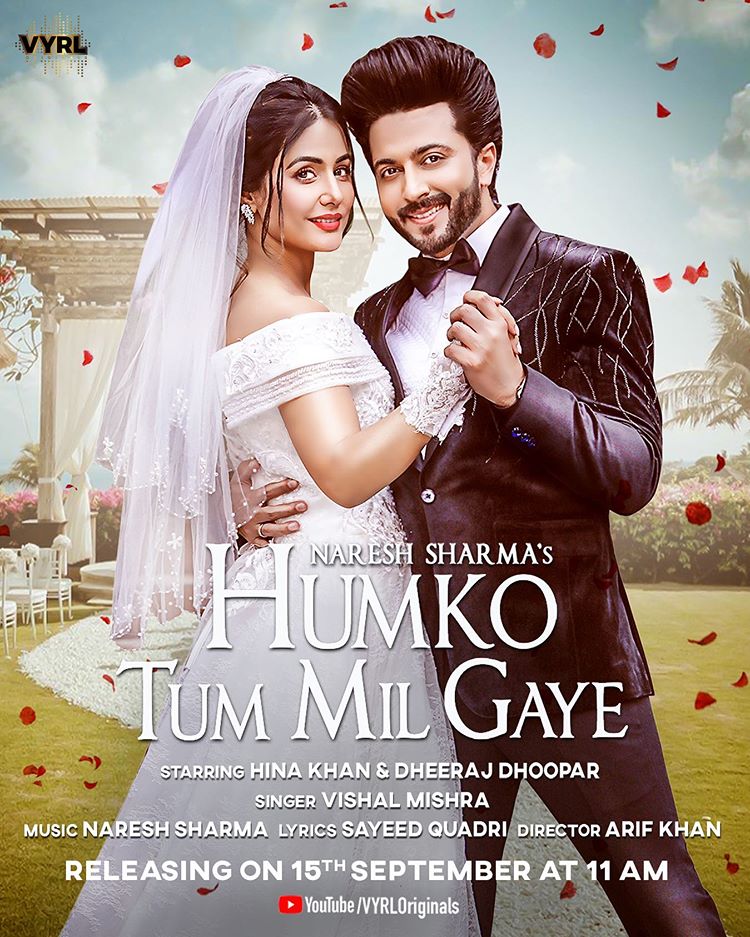 Apart from being a great actor, Hina is a thorough fashionista. Every now and then, she creates headlines for her fashion statements. Take a look at one of her fashion bests below:

Coming back to the actress’ work front, Hina created headlines for an array of projects that she was part of in 2019 and 2020. From playing Indian television’s favourite villain Komolika Basu in Kasautii Zindagii Kay to making her Bollywood debut with Vikram Bhatt’s Hacked, we had so much to see of the actress and look forward to so much more!

Humko Tum Mil Gaye releases on September 15 at 11 am.

Facebook out to recruit poll workers for US election

Govt to expats: Don’t come during lockdown, except for…

CJ to decide on conducting courts amid Covid situation:…

Swiss to further relax COVID-19 restrictions from next week

Biden says ‘time to end’ US war in Afghanistan with total…