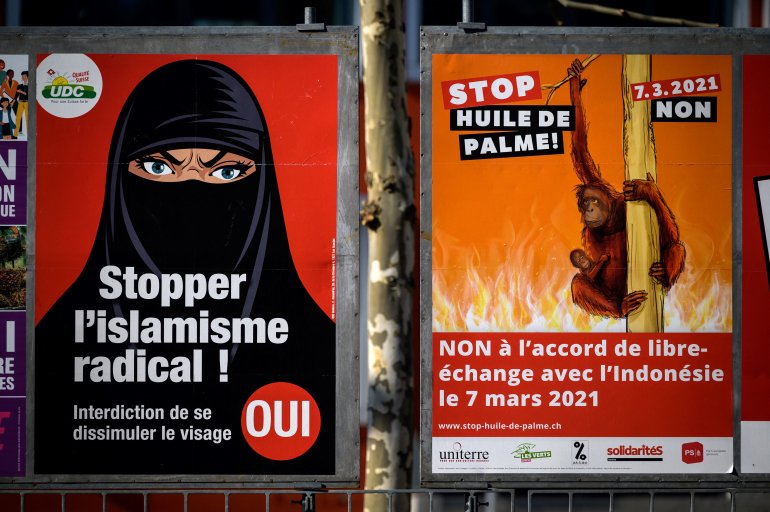 Swiss voters approve by a slim majority a far-right proposal to ban facial coverings or burqa in a binding referendum on Sunday viewed as a test of attitudes toward Muslims, reports Reuters.

Projections for broadcaster SRF, based on partial results, showed the measure passing 51% to 49%, with a two-point margin for error.

The proposal under the Swiss system of direct democracy does not mention Islam directly and also aims to stop violent street protesters from wearing masks, yet local politicians, media and campaigners have dubbed it the burqa ban.

Opinion polls had suggested that the measure, which the government has said went too far, could pass and the ban would become law.

“In Switzerland, our tradition is that you show your face. That is a sign of our basic freedoms,” Walter Wobmann, chairman of the referendum committee and a member of parliament for the Swiss People’s Party, had said before the vote.

He called facial covering “a symbol for this extreme, political Islam which has become increasingly prominent in Europe and which has no place in Switzerland.”

The proposal predates the COVID-19 pandemic — which has required all adults to wear masks in many settings to prevent the spread of infection — and gathered the necessary support in 2017 to trigger a referendum.

Shahid Kapoor takes the gravity challenge; Mira Rajput has the sweetest compliment for her ‘smooth operator’