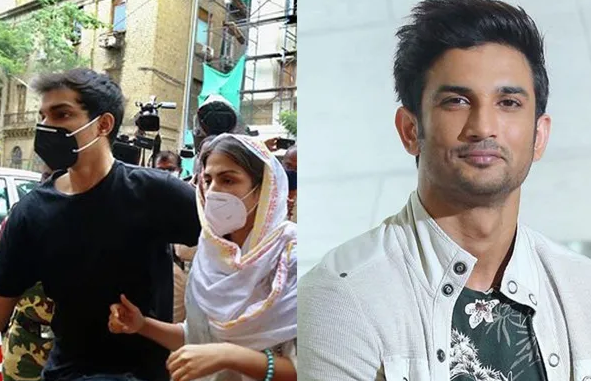 Sushant Singh Rajput’s sister Priyanka and others have been booked under the NDPS Act after Rhea Chakraborty filed a complaint. Rhea is accused of abetting Sushant’s suicide by the actor’s family.

With Rhea Chakraborty filing a complaint before Mumbai Police insisting a First Information Report (FIR) should be registered against Priyanka Singh and Dr Tarun Kumar, a case has been registered against Sushant Singh Rajput’s sister and the doctor of Delhi’s RML Hospital under sections of IPC and Narcotic Drugs and Psychotropic Substances (NDPS) Act. According to the latest development, the case has been registered at the Bandra Police Station in Mumbai on Tuesday.

Rhea, who is accused of abetting Sushant’s suicide by the actor’s family, had filed a complaint against Priyanka and others before the Mumbai Police on Monday. Rhea’s complaint stated that Priyanka had shared a prescription from the Delhi-based doctor with Sushant. Rhea had claimed that Sushant’s sister appears to have prescribed medication controlled under Narcotic Drugs and Psychotropic Substances Act, 1985 to the Bollywood actor without any consultation as mandated by law.

“The drugs prescribed by the doctor (Dr Tarun Kumar) were prohibited from being prescribed electronically under the Telemedicine Practice Guidelines, 2020,” Rhea stated. According to news agency ANI, the case has been registered against Priyanka, Dr Tarun Kumar, and others under the NDPS act.

On Tuesday, Times Now reported that the aforementioned complaint has been transferred to the Central Bureau of Investigation (CBI). Rhea had filed a complaint at a time when the Bollywood actress is being interrogated by the Narcotics Control Bureau (NCB) in a drug case linked to Sushant’s death under mysterious circumstances.

Mushy video of Ankita with boyfriend Vicky goes viral; but fan writes ‘It will always be Sushant and Ankita’

The CBI had also registered an FIR against Rhea and others in connection with Sushant’s death. The Bollywood actor was only 34 when he died by suicide at his Bandra residence. The late actor is survived by his father KK Singh and four sisters.

Brexit back in crisis