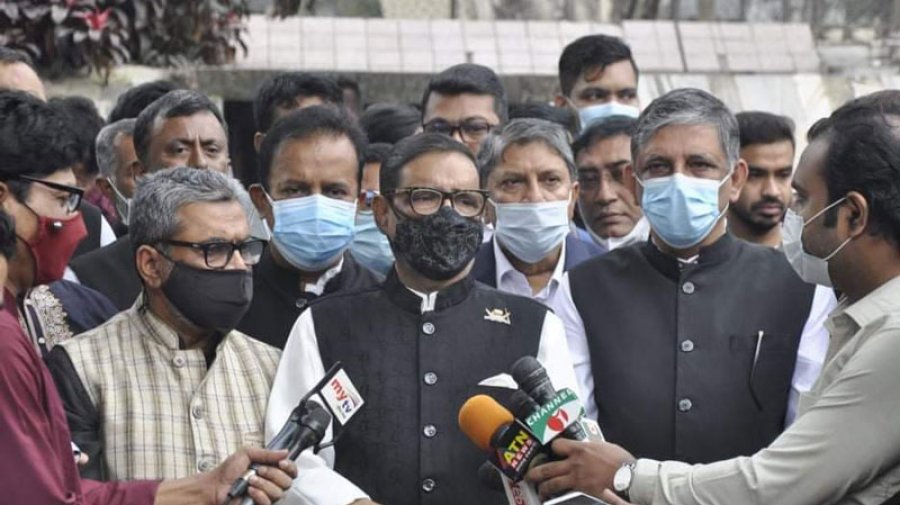 Suhrawardy will remain as source of inspiration: Quader

Road Transport and Bridges Minister Obaidul Quader on Sunday said eminent politician Hussain Shaheed Suhrawardy, the worthy son of democracy, will remain as a source of inspirations in the journey of democracy.
Quader, also ruling Awami League general secretary, said this while talking to journalists after placing wreath at the grave of the great leader marking his 58th death anniversary, BSS reports.

Regarding conspiracy against democracy after 75’s massacre, he said democracy was repeatedly hampered, but Prime Minister Sheikh Hasina had struggled to free democracy from all kinds of hindrances.

“Although democracy has been freed …We still cannot claim that democracy has got its complete shape,” he said and called for institutionalizing democracy under the leadership of Sheikh Hasina.

Urging all the pro-democracy forces to be united, the ruling party leader said the communal evil forces who were involved in killings and conspiracy after 1975 are still active and creating impediment on the way of democracy.

Leaders at AIDS 2022 warn that the world is losing ground…