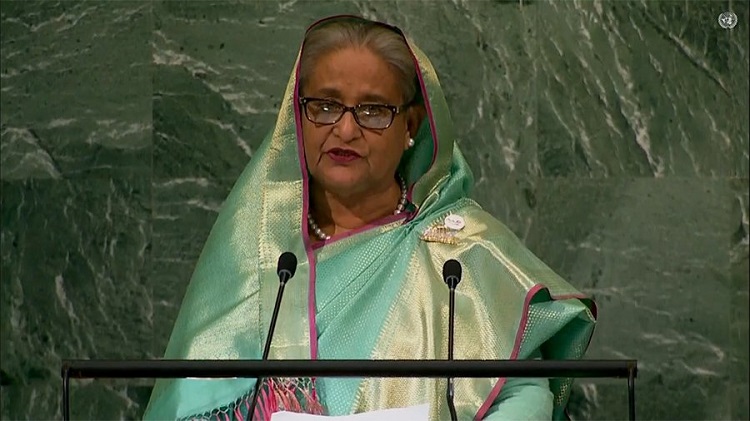 “My urge to the conscience of the world community- stop the arms race, war, and sanctions, ensure food and security of the children; build peace,” she said, reports BSS.

The Premier made this call while delivering her speech at the 77th Session of the United Nations General Assembly (UNGA) here in the UN headquarters.

“We believe that antagonism like war or economic sanctions, counter-sanctions can never bring good to any nation,” she said, adding “Dialogue is the best way to resolve crises and disputes.”

She continued that “We believe without addressing root causes of conflict, we cannot sustain peace.”

Wanting to see a peaceful world with enhanced cooperation and solidarity, shared prosperity and collective actions, Sheikh Hasina said “We share one planet, and we owe it to our future generations to leave it in a better shape.”

She went on saying that “We want the end of the Ukraine-Russia conflict.”

She noted that in punishing one country with sanctions, counter-sanctions, the entire world including women and children are being punished.