Sonam Kapoor Ahuja took to Instagram and shared a never-seen-before picture from her wedding festivities and we can’t stop wondering how gorgeous she looks.

She is pretty, smart and witty, impressing us time and again with her fashion sense. We are talking about Bollywood diva Sonam Kapoor who leaves us drooling with her gorgeous photos and videos. Sonam is quite active on Instagram, making sure she shares snippets from her day and life on the social media app. The actress has recently taken to Instagram to wish her cousin brother on his birthday and the snap is from her pre-wedding festivities.

Sanjay Kapoor also shared a picture with the birthday boy on his Instagram handle and wrote, “Happy birthday my nephew/younger brother @akshaymarwah22 , Though in this picture he’s giving advice to both his Mamus”.

Akshay Marwah is the nephew of Anil Kapoor, Boney Kapoor and Sanjay Kapoor. He is the grandson of the famous film producer Surinder Kapoor and son of the founder of Noida Film City Sandeep Marwah.

Check out the photos here: 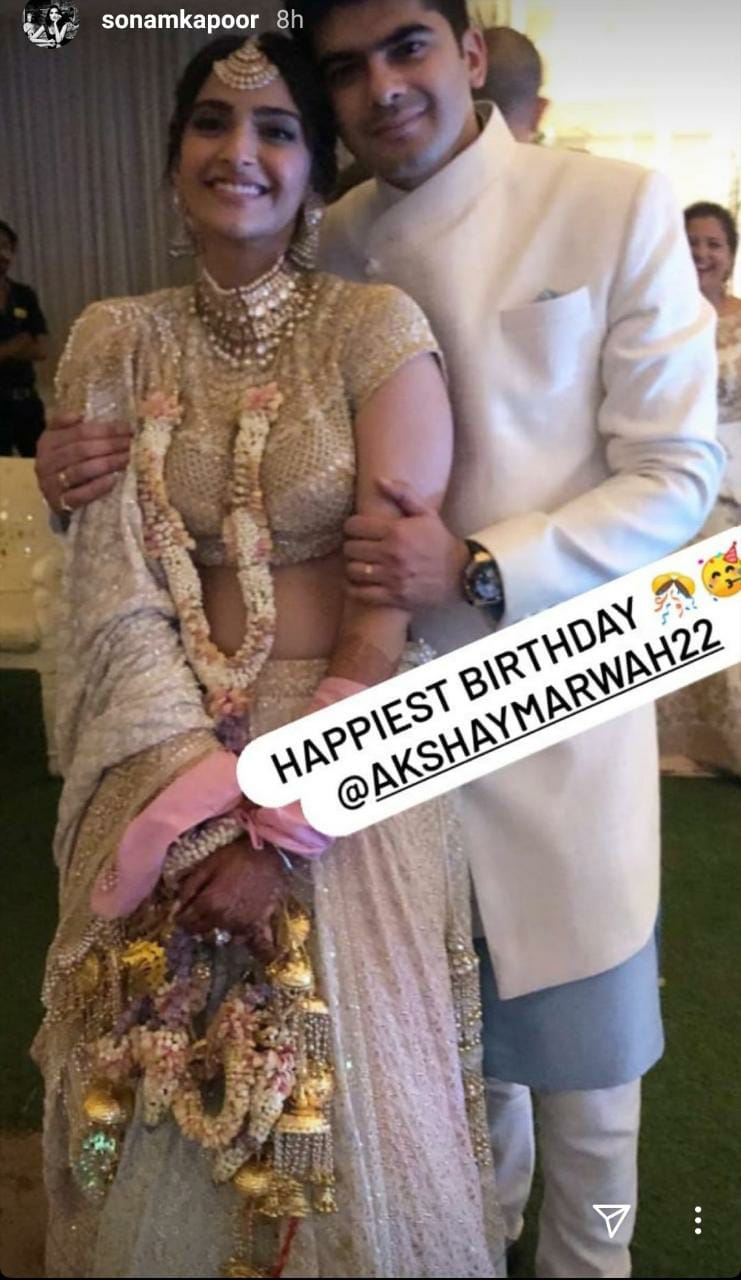 Sonam and Anand first met in 2015, when she was busy promoting Prem Ratan Dhan Payo, under very unusual circumstances. Sonam and Anand tied the knot in a traditional anand karaj ceremony, with their friends and family members in attendance in 2018. And, since the past two years the duo has given us multiple relationship goals with tehir mushy photos and videos.

On the other hand, Sonam has recently opened up about her mental health in the past 3-4months. She told a leading media house that the past few months have been very stressful and that there has been a lot of negativity in social media that has affected her mental peace.

Aamna Sharif: ‘I was very bad as an actor in the initial stages’