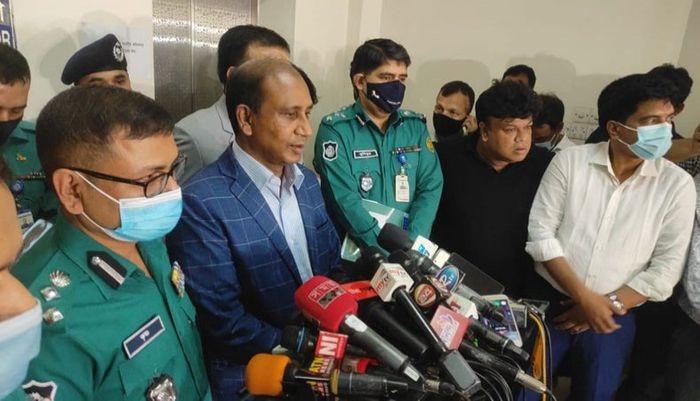 Newly-appointed head of the Special Branch of Police Monirul Islam on Sunday termed any protest against Indian prime minister Narendra Modi over his upcoming visit to Bangladesh as ‘anti-state activities.’
He also warned that any ‘subversive’ activities during the Indian prime minister’s visit would be dealt with ‘an iron hand.’

Monirul Islam, who also served as the chief of Counter Terrorism and Transnational Crime unit under the Dhaka Metropolitan Police (DMP), told a press conference at the DMP Headquarters that he, however, expected that ‘good sense’ would prevail among those who announced such protests during the celebration of the 50th anniversary of Bangladesh’s independence where state dignitaries from five countries would join.

“We expect they will refrain from holding anti-state activities that may tarnish the image of the country to foreign dignitaries,” he said and warned, “If anyone tries to commit such subversive activities, then the Bangladesh police, especially DMP, will take legal action,” he said.

Monirul explained that they were terming any protest programme as ‘anti-state’ instead of ‘anti-government’ as long as it concerns the preservation of the image of the country in the eyes of the dignitaries.

The DMP’s acting commissioner said that the five heads of state or governments from India, Bhutan, Sri Lanka, Maldives and Nepal would be visiting Dhaka between March 17 and March 26 amid the on-going construction work of the metro rail project and traffic might be hampered due to the movement of the dignitaries.