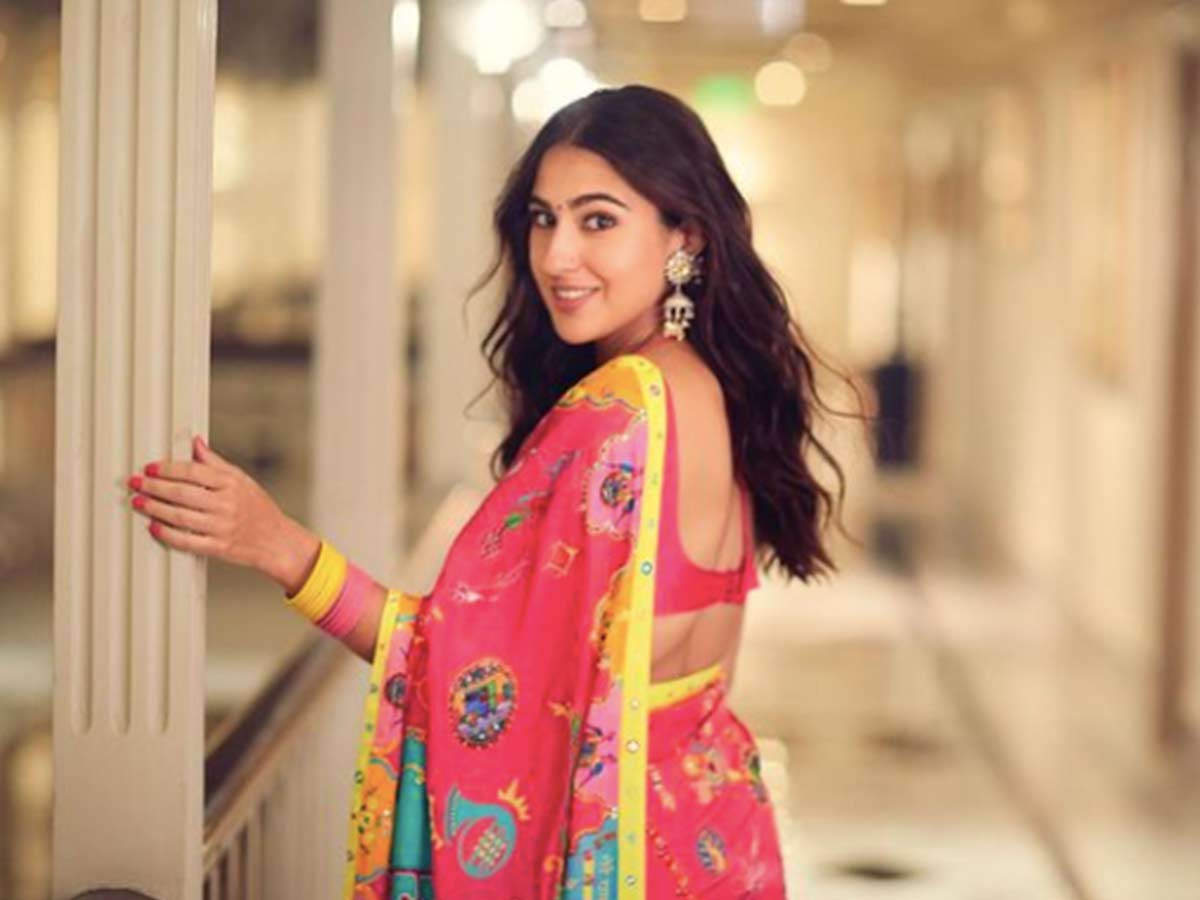 Sara Ali Khan is one of those actresses who never cease to amaze their audience. While she receives a lot of criticism at times, her unwavering commitment to always trying something new keeps her going. With I am woman, the actress hopped onto the reel trend today.
The actress shared a reel with the song that has swept the internet, with almost everyone having their own rendition. Well, trust Sara Ali Khan to give it a fashionable twist. Sporting six different outfits, she shone like no other. She captioned it, “New Year resolution: Be myself. Stay myself. Love myself.
Sara’s transition reel received a lot of attention and her followers dropped heart bombs in the comment section.
Earlier this week, the actress put together a video of all the moments from her travel diaries where she felt “most alive”. She can be seen swimming in the pristine waters of Maldives, exploring snow-capped mountains, strolling on beaches, and more in the video. “Moments of 2021 that made me feel most alive,” she captioned the photo, which featured Farhan Akhtar’s Toh Zinda Ho Tum in the background.
Sara, who debuted in Bollywood in 2018, has appeared in films such as Kedarnath (her debut film), in which she co-starred with late actor Sushant Singh Rajput, Simmba, in which she worked alongside Ranveer Singh, and Love Aaj Kal, in which she co-starred with Kartik Aaryan. She also starred alongside Varun Dhawan in the remake of Coolie No 1. Sara was last seen in Atrangi Re, , co-starring Akshay Kumar and Dhanush.
Saif Ali Khan and Amrita Singh, her parents, are both Bollywood actors. Her father , Said, is now married to actress Kareena Kapoor. In February, Saif and Kareena welcomed their second child, son Jeh, into the world. . Saif Ali Khan and Amrita Singh tied the knot in 1991 and divorced thirteen years later in 2004.
228
Share

Bangladesh didn’t give us too many opportunities: Wagner