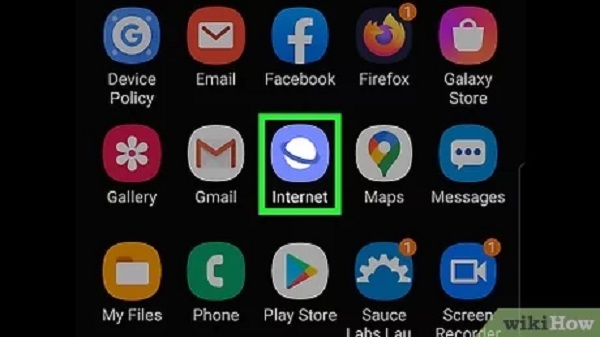 Samsung Internet: Everything you need to know

Samsung phones offer quite a different experience to Google’s, thanks to One UI overlaying the Android operating system, but it goes beyond that. The company offers its own set of apps, including an app store, gallery, file manager, and web browser in the form of Samsung Internet.

Samsung Internet comes preloaded with all other apps, even on the best Samsung Galaxy smartphones, and cannot be uninstalled. This throat-swallowing approach seems to be costing the navigator their reputation, but how fair is it?

This article covers everything you need to know about Samsung Internet, including its history, notable features, and a comparison with Google Chrome.

A brief history of Samsung Internet

Samsung created its internet browser in 2012 as the default option on its Galaxy devices. But it wasn’t designed just for mobile or just to create a browser. It was how the company incorporated the web into its products, including tablets, Gear Watch, smart TVs, Gear VR, and home appliances.

In its early days, Samsung Internet was not based on Chrome. However, about a year later, in 2013, the OEM decided to base the browser on Chromium despite looking at options like WebKit, Gecko, and Blink. The first iteration of the new browser shipped with a version of the Galaxy S4 later that year.

In 2015, the browser became available for download on the Google Play Store before heading to Tizen smartwatches via the Samsung Galaxy Store. In 2016, Samsung estimated it had around 400 million active monthly users. Recent studies show that Samsung Internet holds 5.48% of the mobile and tablet browser market.

Although Samsung Internet may be seen by many users as an unnecessary addition to the company’s proprietary Android skin, it has several outstanding features that make it one of the best and most comprehensive mobile browsers. Here are a few.

Incognito mode is a staple of most browsers, allowing you to surf the web without worrying about saved search history, cookies, and data collection (to some extent). But these features are not really useful for the average user. Samsung Internet takes it up a notch with its more convenient Secret Mode.

In addition to the previously mentioned features, the browser has an option to block access to secret mode with a password, fingerprint or facial recognition so that your private tabs can only be accessed by you. Additionally, you hide files uploaded in secret mode in the gallery, so they can only be viewed in secret mode.

Launch the browser.
Press the burger menu button in the lower right corner of the screen.
Select Settings among the options.

Social media platforms like TikTok are changing how we travel