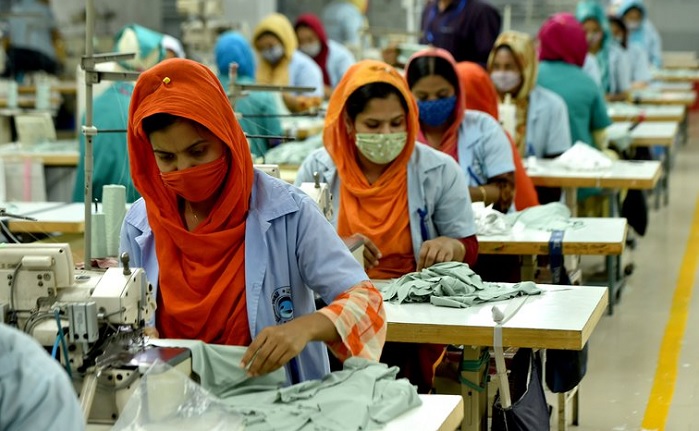 Salaries, bonuses paid in about cent per cent factories

Bonuses have been paid at about one hundred per cent garment factories on Monday, the last working day before Eid-ul-Azha.

Workers have also received their outstanding salaries of June which remained dues till Monday.

After paying the salaries and bonuses, garment factory owners declared a 10-day holiday amid a sort of uncertainty. They were told that the factories would likely to be opened on August 1.

However, factories are likely to be opened before or after the date announced if any decision is received from the government. In such a situation, workers were told to inform on their mobile phones.

It was learnt from the inspection report related to salaries and bonuses at BGMEA run factories on the occasion of Eid-ul-Azha that 99.74 per cent factories paid bonues on Monday, the last working day before Eid-ul-Azha. Workers of a total of 1,907 factories received bonuses. The issue of payment of salaries and bonuses at only five factories could not be resolved. However, the managements are trying to pay the dues of workers.

According to the report, the BGMEA’s active factories are 1,912. Of these, 1,666 factories are situated in Dhaka, while 246 in Chattogram.

Contacted, BGMEA vice-president Shahidullah Azim said the issue of payment of salaries and bonuses were resolved without any difficulty before the Eid. However, the entrepreneurs will have to face great difficulties to pay salaries next month if the factories remain close.

60% of people being admitted to UK hospitals are unvaccinated: adviser