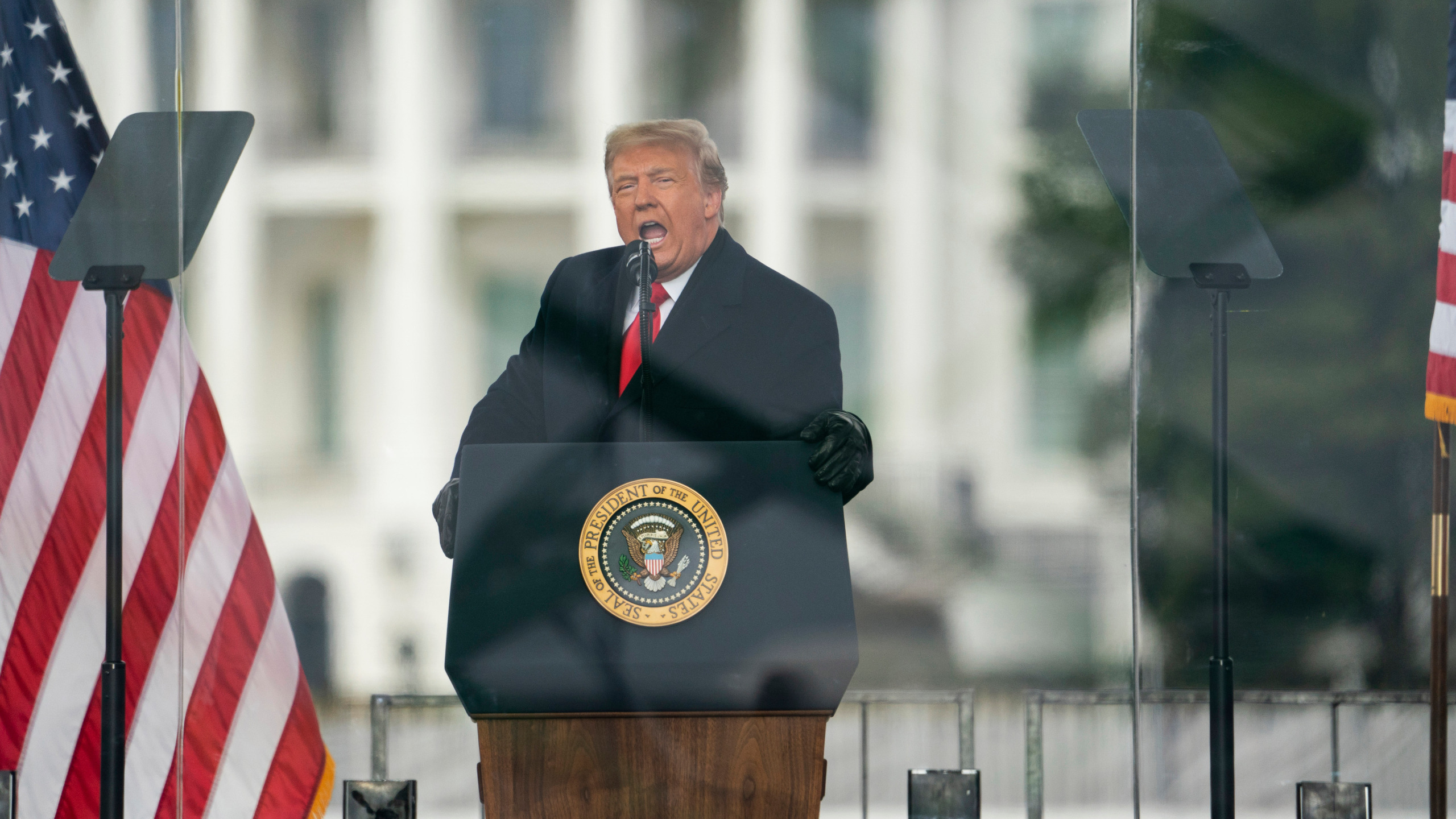 A House resolution calling on Vice President Mike Pence to invoke constitutional authority to remove President Donald Trump from office was blocked Monday by Republicans.
As the House prepares for impeachment, President Donald Trump faces a single charge — “incitement of insurrection” — over the deadly riot at the US Capitol, according to a draft of the articles obtained by The Associated Press.
Lawmakers are set to introduce the legislation Monday, with voting mid-week. Pelosi’s leadership team also will seek a quick vote on a resolution calling on Vice President Mike Pence and Cabinet officials to invoke the 25th Amendment.
The four-page impeachment bill draws from Trump’s own false statements about his election defeat to Democrat Joe Biden; his pressure on state officials in Georgia to “find” him more votes; and his White House rally ahead of the Capitol siege, in which he encouraged thousands of supporters to “fight like hell” before they stormed the building on Wednesday.
A violent and largely white mob of Trump supporters overpowered police, broke through security lines and windows and rampaged through the Capitol, forcing lawmakers to scatter as they were finalizing Biden’s victory over Trump in the Electoral College.
“President Trump gravely endangered the security of the United States and its institutions of Government,” the legislation said.
The bill from Reps. David Cicilline of Rhode Island, Ted Lieu of California, Jamie Raskin of Maryland and Jerrold Nadler of New York, said Trump threatened “the integrity of the democratic system, interfered with the peaceful transition of power” and “betrayed” trust.
“He will remain a threat to national security, democracy, and the Constitution if allowed to remain in office,” they wrote.
Rep. Adam Schiff, D-Ca., said Monday on CBS, “We need to move forward with alacrity.”
House Speaker Nancy Pelosi says the House will proceed with legislation to impeach Trump as she pushes the vice president and the Cabinet to invoke constitutional authority to force him out, warning that Trump is a threat to democracy after the deadly assault on the Capitol.
A Republican senator, Pat Toomey of Pennsylvania, joined Republican Sen. Lisa Murkowski of Alaska over the weekend in calling for Trump to “resign and go away as soon as possible.”
36
Share