The first look poster of Vijay Devarakonda’s upcoming pan-Indian film, Liger, has been released. The film is being directed by popular Tollywood director Puri Jagannadh under Karan Johar’s Dharma Productions. The film stars actress Ananya Panday as the female lead. Upon looking at the first look, Vijay’s blockbuster on-screen co-star, Rashmika Mandanna has revealed her excitement on the micro-blogging site.

Vijay Devarakonda took to his Twitter handle and released the first look poster that has his ferocious boxing look. As the title, Liger conveys, the film has something to do with the crossbreed obtained through Lion and Tiger. 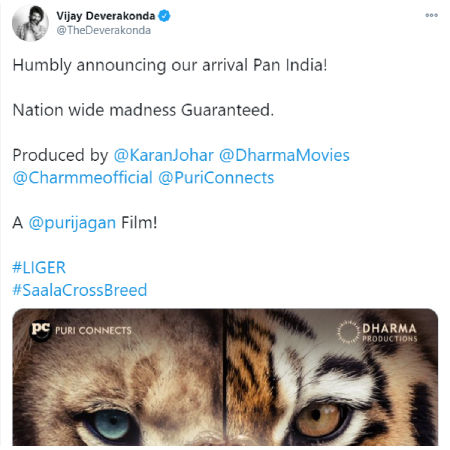 Further, he added, “Someone with my background shouldn’t have reached anywhere near here according to the conventions & set Norms. But with sheer madness, passion, hardwork, Here we are! For everyone like me, it is ok for all of us to dream big, Believe and make it happen (sic)”

Within minutes, Vijay’s favourite on-screen co-star Rashmika Mandanna expressed her excitement and conveyed her wishes.  “So so proud!! Killer poster.. CANNOT wait to watch the masterpiece on screen..I legit will be up on my feet whistling and.. all the bestest my sweet beasts!  @TheDeverakonda @purijagan @Charmmeofficial @DharmaMovies @ananyapandayy (sic),” Rashmika tweeted. 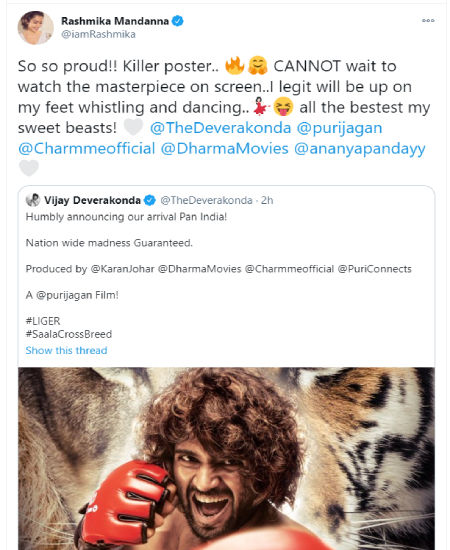 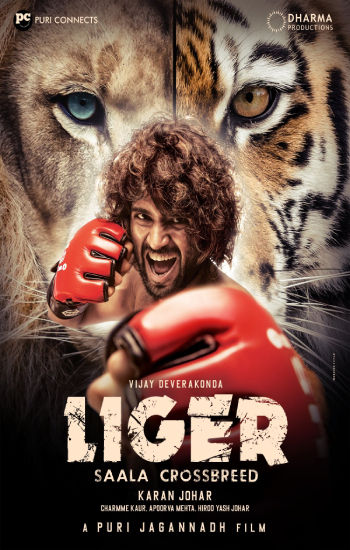 The duo’s conversation extended when Vijay revealed that Rashmika had seen some of the visuals from the Liger. Vijay promised that the audiences will be on their feet with her hooting and whistling.  “RushieeeI promise most of the theater will be on their feet with you  hooting and whistling.. you know cuz you’ve seen some stuff 😉 (sic),” tweeted Vijay. 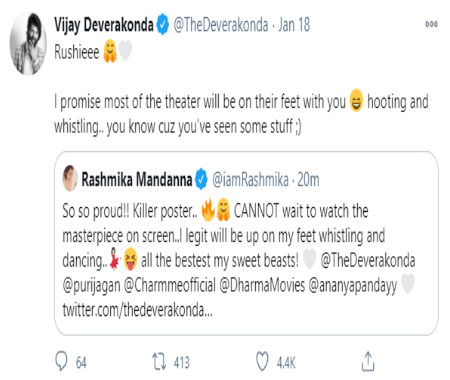