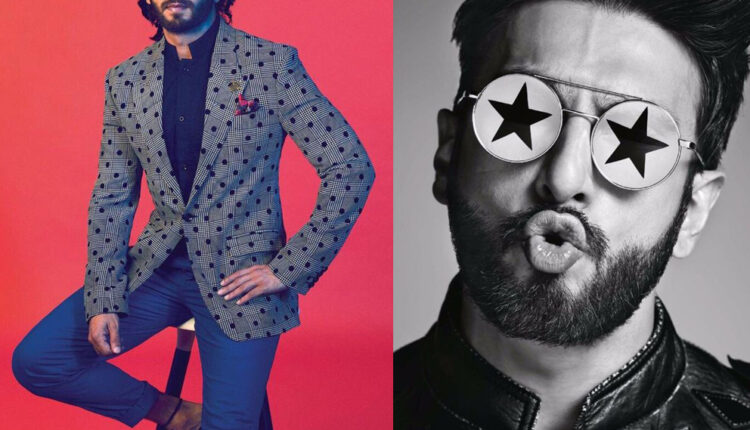 Be it making every head turn with his outside the box fashion choices or impressing the audiences with his versatility, Ranveer Singh surely knows how to do it all with ease and oomph! The actor is known for his commendable screen presence, path-breaking performances, and his transformation from his debut film to now, has been incredible! Recently, Ranveer took to social media to share two latest photos of himself and they are truly making the temperature soar!

Just like Ranveer, his social media captions and posts have also been quirky and worth looking at. The actor is an ardent social media user and loves to interact with his industry friends and colleagues. He is also known for leaving the sweetest comments on other celebrities’ posts. His social media banter with wife Deepika Padukone and love-filled posts for her have painted the town red with the mushiness.

Taking to Instagram, Ranveer shared two photos and his intense and killer looks are unmissable. He kept the caption simple and just penned, “Shakt Launda.” The photos have set the internet ablaze and fans are left gasping for breath!

On the work front, Ranveer will next be seen in Kabir Khan’s 83, essaying the role of Indian cricketer Kapil Dev. The film’s release date has been postponed due to the global pandemic. Deepika will also be seen in the movie playing Kapil Dev’s wife Romi Dev’s character.

Want to lose weight? Check out the list of fruits that naturally burn fat