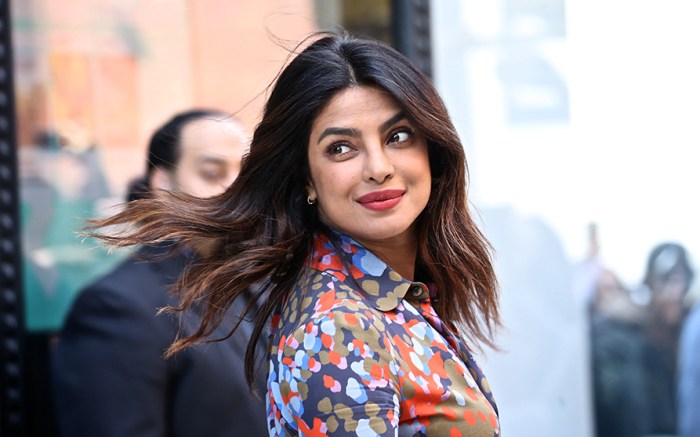 Priyanka Chopra recently completed 20 years in the Indian film industry and to celebrate the same, she took to her Instagram account to share a video with video clips from three movies that were the highlight of her career. From Thamizhan in 2002 to Andaaz in 2003, Priyanka tracked her journey in the industry via a video upload that surely took us down the memory lane.

With the video upload, Priyanka revealed what made her fall in love with the world of movies. In her caption, she wrote: “Being in Indian movies was like entering a magical world.. I went in blind, with no idea what to expect and no formal training.”. Our Desi girl shared through her caption the struggles she faced and how she overcame those. “It’s been a rollercoaster ride of challenges and milestones with so much I’ve learned since and so many incredible people I met along the way,” Priyanka added.

While the video made us reminisce the golden years of Indian cinema, we could not take our eyes off PeeCee’s transformation over the years. Winning Miss World 2000 pageant, working with renowned artists like late Akshay Kumar and Preity Zinta to becoming the highest-paid actress in the industry; Priyanka’s journey is truly an inspiring one and deserves your attention.